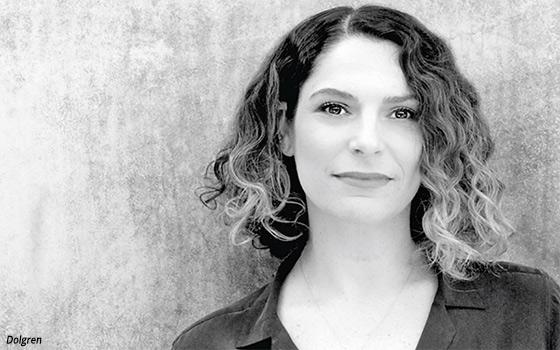 Formerly an executive at Vice and MTV, Dolgen will now oversee the development of original productions for BuzzFeed partners across digital video series, TV, SVOD and film.

Original digital series are a fast-growing driver of revenue for BuzzFeed, which stated that time spent on its YouTube videos grew 55% year-over-year in the first quarter of 2018.

Dolgen will be responsible for creating and developing series concepts, drawing from IP and talent from across BuzzFeed, including BuzzFeed News and its lifestyle portfolio under BuzzFeed Media Brands, which includes popular brands like Tasty and Goodful.

Dolgen will be based in Los Angeles and report to Jonah Peretti, founder and CEO of BuzzFeed. She replaces Matthew Henick, who stepped down in March.

Stating her excitement about the "endless creative possibilities at BuzzFeed," she noted her "huge respect for its teams creating tons of great content every day.”

BuzzFeed Studios was called BuzzFeed Motion Pictures until it rebranded this year.

BuzzFeed video productions span a variety of platforms and formats, such as its new live morning show on Twitter, “AM to DM,” BuzzFeed News’ recently announced “Follow This” for Netflix, and feature film “Brother Orange” in development with Warner Bros.

Dolgen also spent nearly 20 years at MTV, culminating in her position as EVP of series development and head of unscripted programming. Most notably, she oversaw the creation and production of the “16 and Pregnant” and “Teen Mom” franchises, one of longest-running and successful series in the network’s history.