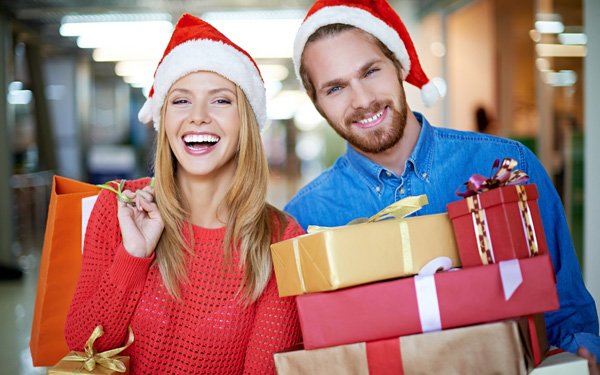 While most consumers haven’t quite wrapped their heads around the end of summer, Deloitte is ready to paint the town red (and green), predicting a healthy jump in holiday spending.

The company expects holiday spending to rise between 5% and 5.6%, with sales in November, December and January expected to top $1.1 trillion.

The research, from Deloitte’s retail and distribution practice, looks at all retail sales, minus motor vehicles and fuel. And it’s basing the increase on its analysis of gains in disposable personal income growth, which it predicts will climb between 5% to 5.4%. (Last year, that metric rose 4.7%.)

“Consumer sentiment and spending indicators provide a healthy outlook for retailers across channels, with strong expectations for store-based and online retailers,” says Rod Sides, vice chairman and U.S. retail and distribution sector leader, in its report.

Deloitte says retailers’ advancements in shipping, delivery, in-store experiences and voice-enabled shopping may accelerate competition around purchasing options that are faster and easier.

“The leading retailers this holiday season could be the ones who are able to strike the right balance between innovation, experience, and value that best engages the consumer and stands out in a busy season,” it writes.

Risks include rising interest rates, as well as concerns about an overvalued stock market. A significant drop, it says, “could push down consumer confidence and reduce household wealth, both of which would moderate the forecasted rise in retail spending.”

While Deloitte’s forecast is the first for the holiday season, stronger-than-expected consumer spending caused the National Retail Federation to increase its overall projections for the year’s retail spending last month, to a gain of 4.5% for the full calendar year. That’s up from its initial prediction of 3.8% to 4.4%.