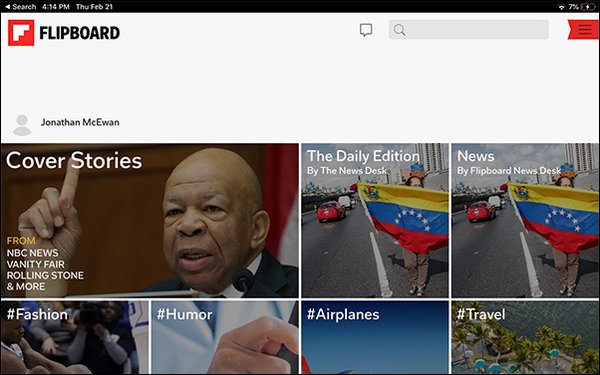 A new, two-part report from Parse.ly, an analytics and content optimization platform for digital publishers, analyzed the top 14 referral sources of traffic to publishers’ content, determining which platforms audiences are using to consume editorial.

The report reveals that referrers neither search nor social — categorized as “Other” in Currents — grew 21% year-over-year, making it the fastest-changing category that sends traffic to publishers’ content.

That includes news aggregate apps like SmartNews and Flipboard.

The first part of the Parse.ly report looked at how traffic from each referral source has grown or shrunk year-over-year, and the second part breaks down each referrer by individual attributes, such as word count, device views and popular categories read on each.

“On any given week in 2018, internal referrals, meaning someone that came to a second (or third or 30th) page within your site, comprised over 35% of traffic,” according to a blog post on the report from Parse.ly senior data analyst Kelsey Arendt.

“People who come to sites do keep reading,” she continued. “Internal referrals drove more traffic than direct referrals, and more than any external referrals (search, social, or other).”

From January to April, Twitter referrals dropped 11%. LinkedIn was down 14% year-over-year, while search referrers were down an average of about 4%.

According to data pulled by Currents, “there are more views to articles about Twitter than views from people find articles and stories on Twitter,” Arendt wrote.

In part two of the report, Arendt writes that the median length of articles published from November 2018 to January 2019 has a word count of 529, with a lower quartile of 261 words and an upper quartile of 998 words.

Linkedin, Reddit (not the app) and the Drudge Report refer more traffic to long-form posts, or those over 1,000 words.
Mobile traffic grew 25% during 2018.

The apps that had the most growth last year — including SmartNews, Flipboard, Instagram and Google — also tend to have most, if not all, of their audience on mobile.

“The desktop experience is not dead!” Arendt noted.

Desktop had “much higher rates with direct and internal traffic referrals,” according to Parse.ly’s data. Desktop referral traffic could come from a link in an email or chat apps. Desktop traffic also corresponds slightly more to business content and long-reads.

From November 2018 to January 2019, the Law, Government & Politics content category topped most of the referral sources for popularity. In general, it is the most-read category of content, according to Parse.ly’s data, which tracks 1 million news stories daily.

The three exceptions to this include Pinterest (Food & Drink), Instagram (Style & Fashion), and LinkedIn (Business).
Google Search and Twitter both have Sports as their second most popular category.