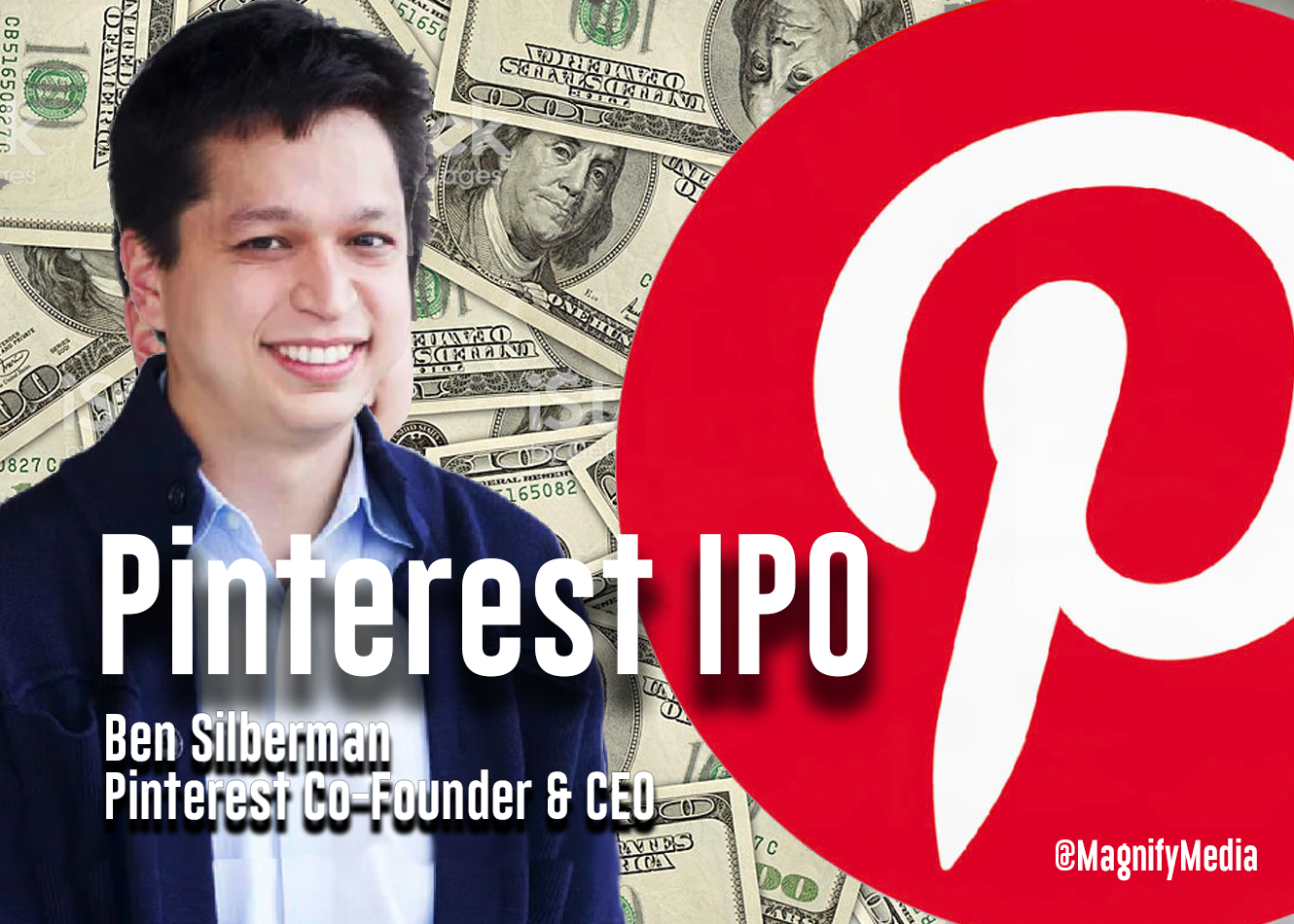 Let’s start at the beginning: It’s all about intent.

Today, while Google tries to discern your interest with all kinds of powerful and sneaky algorithms, Pinterest has a much more honest and transparent equation: You tell them.

You’re planning a wedding. What better way to develop potential themes, design ideas, floral arrangements, etc.,  than to grab images and create a pinboard of visual styles? The result: a visual cornucopia of ideas.

I’ve got Pinterest collections of robots, of mid-century modern furniture of clocks, and others. I enjoy creating them and using them as a roadmap of ideas. It’s a particular kind of organization, part hobby, and part visual to-do list.

While other so-called platforms have pivoted and tried to be all things to all people, Ben Silbermann and his team have been building a solid, growing, user-centric business.

So how did he get here, and what does the coming IPO mean for the future of the open web?

First of all, a personal story. My longtime friend and New York leader in the angel investing community, Brian Cohen, called me in 2009. He wanted me to meet a sharp young man.

Of course, since Brian was careful about whom he introduced, I said yes. Later that week, I was sitting across from Ben Silbermann.

I remember the meeting well. The conversation was about an idea pulled from how creatives work, creating “scrap-boards” of ideas and images.

Silbermann was passionate and warm, without the braggadocio of startup founders in a rush to be right. He seemed like the kind of patient, creative entrepreneur who would build, test, innovate, and evolve.

Brian was right to send him to me. As a New York entrepreneur who’d gotten his first funding from New York angels, I felt some obligation to pay it forward.

There was only one problem. My own startup was taking 18 hours a day, 7 days a week at that point. While Silbermann and I agreed on the central importance of curation of images,  my video experience didn’t entirely align with his plan to build a photo-centric platform.

In early-stage investing, offering cash is great, but ideally you want to be able to provide some value. So, after some consideration, I passed on the idea of working with Silberman. Brian Cohen said yes -- and that, as they say, is history.

10 years later, Silbermann, at the ripe old age of 35, is preparing to go public with Pinterest, which currently has a $12.3 billion valuation. The San Francisco-based company will trade under the ticker “PINS,” and posted revenue of $755.9 million in  2018. It has almost doubled its MAUs (monthly active user) since 2016, hitting 265 million users last year.

In 2016 Mary Meeker’s Internet Trends Report said 55% of Pinterest users were using the site to find and shop for products. This compared with just 12% for Facebook and an even smaller 9% for Twitter.

So now Pinterest is poised to grow its intention-based advertising in a rapid and meaningful way.  What’s next? Pinterest is still driven by images, and just launched its “max-width” videos on the platform last year.

“We plan to improve the utility of our service by making it easier for Pinners to go from inspiration to action,”  the company said in its S1 filing. “In particular, we want to make Pinterest more shoppable.”