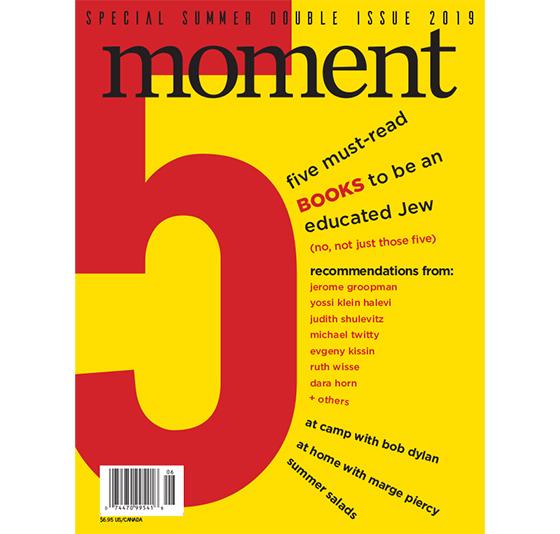 It was a cultural shift when the 121-year-old Forward, the noted Jewish-American news publication, announced it was suspending its print edition for digital-only in January.

The Forward published its final print edition in April/May 2019.

The storied Forward, which began life as a Yiddish-language daily newspaper in New York City, still publishes a Yiddish version online. In the pre-war era, it was famous for publishing noted intellectuals and writers, including Isaac Bashevis Singer.

All Forward print subscribers will now receive Moment and be encouraged to subscribe to the publication in future. A magazine rep noted: “Not every reader loves digital, some just like the feel of paper. Some Jewish readers also look for print publications to read on Shabbat, because of the prohibition of using the internet then.”

Moment editor-in-chief-CEO Nadine Epstein stated the magazine was “grateful that when so many media outlets are facing financial challenges, we can partner with The Forward to serve their print readers.”

The ad-supported Moment counts 75,000 print readers and 65,000 monthly page views on its site, in addition to 40,000 social-media followers. While its average print reader is 62, the Web reader is younger, with demographic readership equally divided between GenZs, millennials and baby boomers.

Moment has published continuously since 1975, when the magazine was founded by Elie Wiesel, acclaimed author and later Nobel Prize winner, and Leonard Fein.

As part of its print expansion, Moment launched a publishing imprint, MomentBooks, in partnership with Mandel Vilar Press this year.

The Forward continues to publish online. Readers can access a few free articles before being asked to subscribe.