Cover Story: 'So The Internet Didn't Turn Out The Way We Hoped' 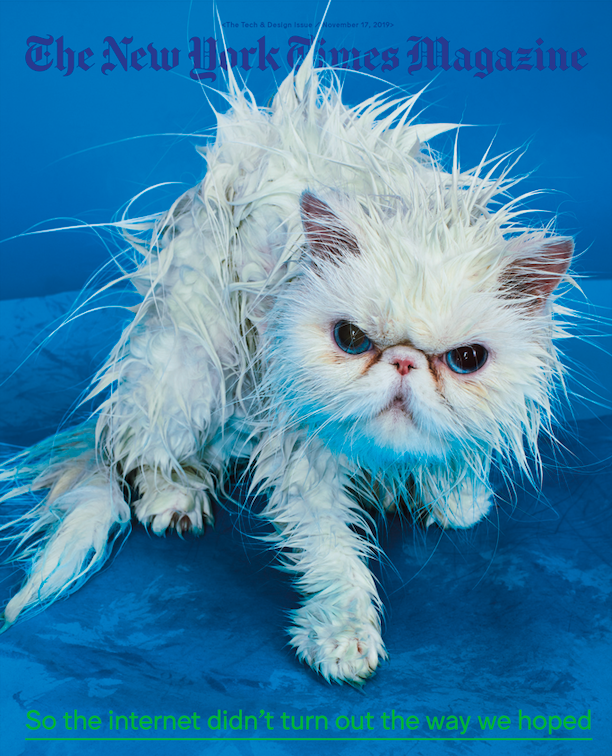 Given the impact it has had on the venerable newspaper -- as well as its Sunday magazine -- it's not just a little ironic that this weekend's edition of The New York Times Magazine features that cover story, which takes on the unexpected consequences the internet has had.

The special report, a package of articles examining the impact the internet has had on society, is the focus of the magazine's annual "Tech & Design" issue.

Bill Wasik, deputy editor of the magazine, introduces the issue with a great essay looking at the future of the internet and the innovations and deep, seemingly unsolvable issues of the internet (Facebook, specifically) as they relate to regulation, policy, human rights and more.

Other stories in the issue include an examination of the heavily regulated Chinese internet by Yiren Lu, the odd phenomenon of internet fandom by Jaime Lauren Keiles, internet inequality by Kevin Roose, an exploration into Turkish internet by Suzy Hansen, and more.