Alexa, Get Me Good Seats For 'Phantom' Tonight: Voice Assistance Comes To Broadway 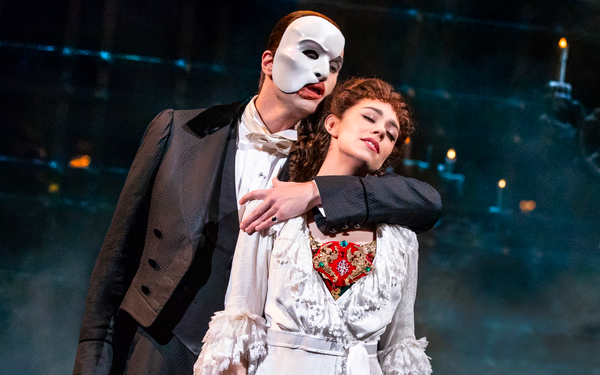 Broadway theater lovers can now use a new Alexa skill to order tickets to “Phantom of the Opera,” right down to choosing the day, seat location and price. Using voice integration with Amazon Pay and Telecharge, the whole process can be done with a little artificial chat.

Micah Hollingworth, co-founder and CEO of Broadw.ai, which is marketing the service, hopes that using Alexa to score seats will expand to other productions on the Great White Way.

He said “Phantom of the Opera” was a willing partner to start, in large part because it is such a predictable staple on Broadway and so profitable it can risk experimenting.

“It’s been there 30 years. It’ll be there another 30 years,” Hollingworth said with a chuckle. On Broadway, the musical has had 13,000 performances at The Majestic Theatre in the last 31 years.

Broadw.ai isn’t a newcomer to the scene. It already offers text conversations over a variety of platforms like Facebook Messenger, responding in real time to answer customer questions. Shows that are using that feature include “Ain't Too Proud,” “Come From Away,” “Jagged Little Pill,” “Moulin Rouge,”  “The Inheritance” and  “Wicked.”

On Alexa, ticket-buyers can shop for best deals on seats, and pay for them using a credit card. If at the last moment, a customer decides, well, those seats are just too far up in the balcony, Alexa will start all over again.

But someday, Hollingworth says, Alexa will be able to alert you to a great deal that just became available, becoming a broker in virtually real time.

More tantalizing, he thinks, is that Broadway show promoters will be able to use Alexa to reach consumers they know, from previous interactions, are fans, so the smart speaker could offer up show tunes, news and other features.

“It’s another channel that keeps them thinking of the show,”  he says.

“We’re admittedly at early days for AI,” he says, so it’s a stretch to say consumers are having a conversation with Alexa. But as natural language skills evolve, it might seem a  little more like that in the future.

“AI without a doubt is the way it’s going. It’s a matter of when, not if.”

Broadw.ai has no special lock on technology or rights,  so a competitor could try to bigfoot Hollingworth out of the picture. But Broadw.ai developed the skill with Amazon Pay and Telecharge so Broadway shows and theaters don’t have to develop a system from scratch.