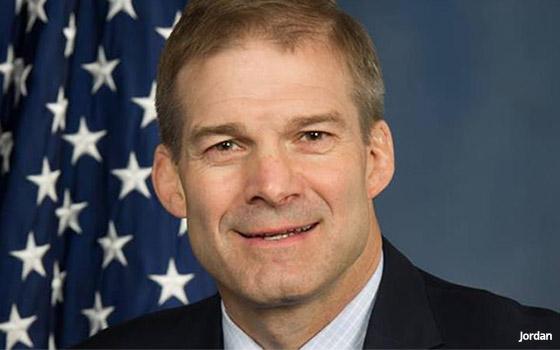 Jordan sent a fundraising email to Loomer’s list, saying he needs support in dealing with a “a gang of foaming-at-the-mouth left-wing journalists [who] came after me on Twitter with an onslaught of hateful smears and false attacks,” Mediaite reports.

The usage is troubling, given Loomer’s status as “an alt-right, anti-Muslim fringe activist” who has been kicked off mainstream social media platforms and banned Uber after she spurned Muslim drivers, Mediaite opines.

In an example of some of the overheated rhetoric we can expect in the coming political year, the Jordan email continues: “Schiff and Pelosi are furious that I continue to expose their un-American impeachment circus as a hoax. Now, their cronies in the left-wing media and far-Left friends in Hollywood are coming after me. And I need your help!”

The message was also featured on the Loomer website, the article states.

Jordan, who had a high profile during the recent impeachment hearings, is noted for appearing in his shirtsleeves.