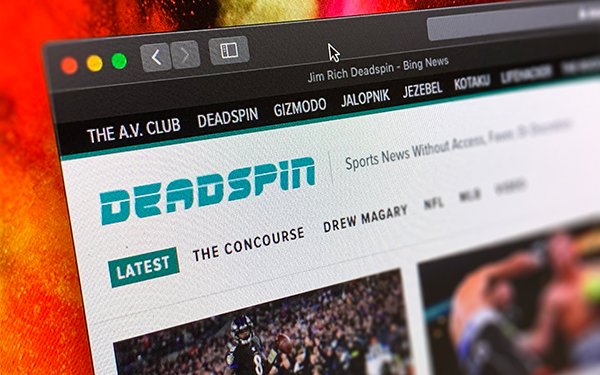 A former editor-in-chief of the New York Daily News, Jim Rich, has been hired to lead sports website Deadspin.

It was the culmination of months of clashes between editorial and management.

Since October 2018, when more than a dozen staffers quit, traffic to the Deadspin site has fallen from an average of 30 million visitors to 3.3 million by December 2019, according to SimilarWeb data.

Deadspin has not published anything since early November.

Earlier this month, G/O Media decided to move Deadspin from New York to Chicago, where Rich will be based. He was most recently editor-at-large at British news agency SWNS Media Group.

In an interview with The Wall Street Journal, Rich said his first task as editor-in-chief of Deadspin is to hire writers and editors.

“The fact is, I have nothing to do with the previous situation,” Rich told the WSJ. “I’m coming in cold, and I’m hoping to make the best of what has up to this point been an unfortunate situation, because I think that the title has a lot to offer to the world.”

Unlike previous editors-in-chief at G/O Media brands, Rich told the WSJ he will not be represented by the company’s editorial union

Rich also shared with CNN he “felt comfortable” that he would not be constrained by management in his new role.

"If anybody knows me or knows any of the work that I've done over my career, I think you'll understand quickly that I'm the farthest thing from the stick-to-sports sort of person. It's a lazy form of journalism, and it's an excuse to avoid difficult topics."