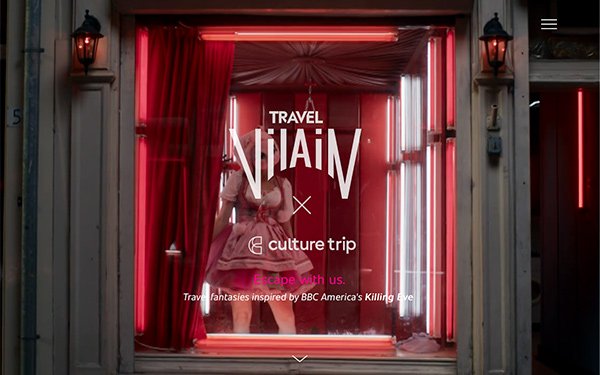 Culture Trip is teaming up with BBC America on a new travel and culture hub called Travel Vilain.

The show is inspired by the BBC America-produced show "Killing Eve."

“Killing Eve” is in its third season on AMC and BBC America; it is based on the Codename Villanelle novellas by Luke Jennings. The first two seasons can be streamed on Hulu.

Visitors to the site can expect content, artwork and display media meant to inspire future travel and offer some armchair-bound adventures. The partnership touches on other Culture Trip channels, including a interview with "Killing Eve" location scout Jamie Parson on its website.

“We are very proud to team up with BBC America and an iconic TV series such as 'Killing Eve' with its huge fan base and cultural impact. This makes the partnership a perfect fit for us. Not just because it allows us to connect with its passionate audience, but because at the heart of everything we do at Culture Trip is a culturally curious audience, too,” stated Dr Kris Naudts, founder-CEO of Culture Trip.