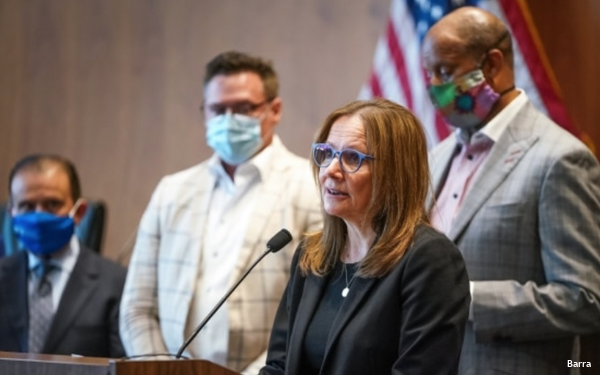 Honda, Toyota, General Motors and Nissan reacted this week to the demonstrations stemming from the murder of George Floyd, who died in Minneapolis after a police officer kneeled on his neck for nine minutes.

American Honda Motor. Co. issued a strongly worded statement reacting to the “deeply rooted issues of racism and injustice within our society.”

The perspective was shared with Honda associates by the co-chairs of the Honda North America Diversity Steering Committee, Rick Schostek and Catherine McEvilly.

“As a company, we acknowledge that we don't have all the answers, nor are we in a position to preach to others," according to the statement. “But whatever words we choose must translate into action, and we must do the right thing.

“Together with our associates, suppliers, dealers and other partners in the community, we will work even harder to advocate and persist in seeking the inclusion and equity that makes us stronger as a nation, and as a company.”

Members of Honda executive leadership are meeting with leaders of Honda's African-American Business Resource Groups to gain their perspectives on this challenge and their insights into appropriate actions to take as a company.

“We commit to reporting back to you on what we find and what we will do to address the issues raised,” the statement continues.

“We recognize that our leadership is not where it should be in terms of diversity,” according to Honda. “There have been problems in the past and some may ask ‘what is different now?’ This is an extraordinary moment born out of an incredibly tragic one.”

General Motors Chairman Mary Barra joined the Rev. Dr. Wendell Anthony, president of the Detroit chapter of the NAACP, Detroit Mayor Mike Duggan and the chief executives of eight Detroit companies to speak against racism and injustice and commit to action and change.

“At GM, we aspire to be the most inclusive company in the world,” Barra said. “And our hope is that every company will do the same. And while there may not be a precise roadmap for how that will happen, that is no excuse not to try. Inclusion will be a north star for us. And every day, we will take steps in service of our aspiration. That is why I am proud to be here today.”

GM wants to be part of meaningful, deliberate change, she said.

“We will not allow ourselves the passivity of urging others to act. We will act,” Barra said.

Besides committing to inclusion, the company will stand up against injustice, including “taking the risk of expressing an unpopular or polarizing point of view, because complacency and complicity sit in the shadow of silence.”

Toyota North America also issued a statement committing to “making the workplace, marketplace, society and the world a better place for all. During this turbulent time our country is facing, we are committed to focusing on how we act as a company.”

“We stand behind our commitment to diversity and inclusion, and we remain steadfast in our belief for equality, respect and inclusivity for all people,” per the statement. "Toyota will find additional ways of doing this by working together with our community partners across North America.”