'Streaming' Is Just A Better Way Of Saying 'Watching TV' 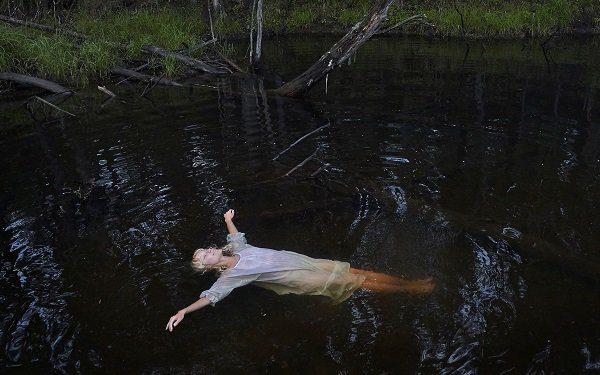 Behold the genius of the word “streaming.”

Basically, this soft, soothing word has come to be applied to a behavior that is most often neither of those two things -- namely, watching TV (on whatever platform you choose), and sometimes for hours on end.

Once upon a time, that kind of binge-watching behavior was derided and discouraged. But not anymore.

Most notably, parents decried the amount of time their children were spending in front of the boob tube (another great phrase no longer in common use) in lieu of doing homework or undertaking physical activities such as playing outside.

Today, when we binge-watch a streaming TV series that we have heard good things about, we do not think of ourselves as uselessly vegetating in front of a video screen.

In days gone by, however, this kind of vegetative state was so frowned upon that those who did it earned a vegetable-related nickname that was decidedly unflattering: Couch potatoes.

On the very face of it, “binge-watching” would appear to have negative connotations. As most people realize, bingeing is not advisable in so many other categories of behavior.

For example, bingeing on alcohol, drugs or food (to cite three bingeable activities) has been known to lead to a number of negative consequences.

But not bingeing on television content, apparently. Instead, TV’s marketers and promoters position their many streaming series as “binge-worthy,” which is seen and accepted as a positive attribute.

Bloggers and other opinion writers and journalists on the TV beat use the same phrase when recommending a TV show to watch.

In doing so, they are encouraging their readers to sit still for as many as 10-plus hours (and sometimes many more) to watch video content on their phones, laptops, tablets or big-screen televisions.

If “bingeing” in this way can be presented as a constructive, positive behavior, then why not “streaming” as a means of describing basically the same thing? In fact, “streaming” is an even better word than “bingeing.”

“Turn off your mind, relax and float downstream,” sang The Beatles so long ago (“Tomorrow Never Knows,” 1966).

Turning off one’s mind is certainly one behavior that many people undertake when they take up the activity of consuming television content. That makes perfect sense.

On the other hand, a sense of floating downstream is not generally a feeling one associates with television in any form.

With all of the scripted violence, partisan arguing on the news-channel talk shows, and the “if it bleeds, it leads” local newscasts, “relaxing” is also not a word many people would use to describe TV.

And yet, someone thought of applying the word “streaming” to the act of watching television content and the public has accepted it. We are not just “watching TV” -- we are “streaming.” And doesn’t that sound better?

Photo courtesy of National Geographic from the limited series “Barkskins.”