Here's Our First Ever MediaPost Endorsement

Last week, following a series of unprecedented presidential endorsements by previously neutral publications such as Scientific American and USA Today, and after receiving data from Mindshare indicating a majority of Americans believe brands should make an endorsement, we asked you, our readers whether MediaPost should also break with tradition and make one. Based on all of your great feedback, we have decided we will -- sort of.

Among the arguments we received for not making one, was the fact that many readers feel we already have made our choice clear in a series of blogs and op-ed commentaries, especially ones with my byline on them. I should point out that all of those views were mine, exclusively, and do not necessarily represent those of MediaPost overall. And you might be surprised, but we did do an internal poll and found many fine MediaPost staffers on both sides.

But since an endorsement doesn't just represent the point-of-view of writers or editors, but of the entire company, I asked my boss Ken Fadner what he thought, and he asked me to do some due diligence to make a case for one candidate over another, based on how they will impact the industry.

I kind of felt that was a loaded question given the fact that the incumbent began his first full day in office by declaring war on the media industry, and over the next nearly four years, has done little to benefit it explicitly, except for creating some chaos and confusion around many policies, as well as some instability in the nation and the world that the advertising and media industry serve.

So I drilled deeper, asking our resident expert on industry and regulator policy Wendy Davis for advice.

Her first reaction was to note that "Biden supports net neutrality and muni-broadband," while "Trump is comfortable trampling on the First Amendment," including his goal of loosening libel law to make it easier to sue media outlets.

Regarding other recent media industry policy pushes such as the repeal of Section 230, Davis said it's not clear that Biden would be any better, as he also hasn't been a fan of it.

But the best advice I received on a MediaPost endorsement came from long-time columnist George Simpson, who said we should not.

"Your POV re Trump is pretty clear," he said, "Why not opine about businesses in advertising and marketing assuring their employees can vote easily. Perhaps even reward them."

At a time when many in federal, state and local governments seem focused on making it more difficult for Americans to vote, I second Simpson's suggestion, which is why we are endorsing it.

Our boss just announced that tomorrow will be a company holiday, so that every MediaPoster can take the time they need to vote.

In that spirit, we're endorsing all the businesses in our industry to do the same.

So go out and exercise your most fundamental Constitutional right and vote for the candidate your believe will best lead America going forward. 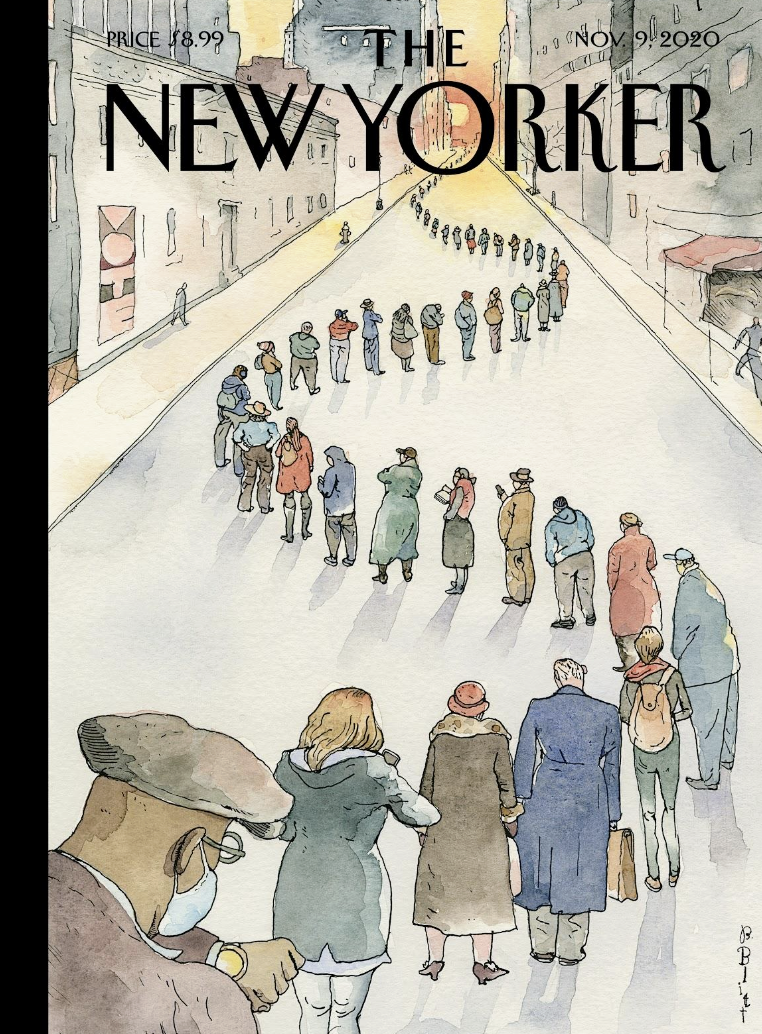 covid-19
3 comments about "Here's Our First Ever MediaPost Endorsement".
Check to receive email when comments are posted.
Read more comments >
Next story loading