Homebody For The Holidays: Guilt-Gifting To Rise 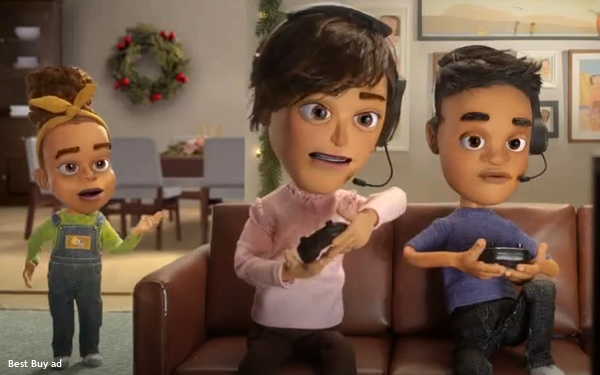 With COVID-19 forecasts growing more dire, it’s anybody’s guess how consumers will behave in the next six weeks. Will stores be open? And if they are, does a walk through the mall mean risking our life? Is Santa a super-spreader? Instead of a holiday dinner for a crowd, are we cooking for …one? And how much money should we spend if the rise in cases causes more layoffs?

The NPD Group is making predictions anyway, mostly centered on 2020 themes that have by now become as familiar as yoga pants. It expects to see people spend plenty on items that enhance stuck-at-home life, like appliance upgrades and air-fryers. It anticipates a surge in “guilt-gifting,” as people look for ways to overcome the angst of not getting to exchange gifts IRL with the people they love.

The Port Washington, New York-based market research company finds that three in 10 holiday shoppers intend to spend more this year. In part, that’s because they aren’t spending money on dining out and travel. But they’re also looking to buy a little happiness, with 40% planning on buying more gifts to spark a little joy.

“Splurges on both ‘guilt-gifting' and self-gifting will be significant components of the consumer’s retail therapy during holiday 2020,” says Marshal Cohen, NPD’s
chief industry advisor for retail, in its report. He expects quarantine favorites like monitors, PC headsets, USB cameras, sleepwear and soda machines to continue their reign.

And thanks to product innovation, he also anticipates robotic vacuums, toy-building sets, smart doorbells and smartwatches to do well.

“If there is pent-up demand for anything this holiday season, it is normalcy,” writes Cohen. “This season’s gift-giving will be reflective of the time in which we are living, and the needs that go along with that, but the opportunities for growth lie in the innovative options that help consumers create the holiday cheer they are craving.”

With case numbers rising, online shopping will just keep growing. Deloitte’s research finds that 51% of consumers are anxious about shopping in stores, making shopping from home the norm.

Just how much more they’ll spend online isn’t clear. But new data from Deloitte’s InSightIQ team, based on analysis of how people shopped in the first three weeks of October, paint a picture for what’s ahead.

Fueled by Amazon Prime Day and similar sales from chains like Walmart and Target, sales surged during the week of Oct. 11, up 50%. And those major promotional events resulted in a 6% year-over-year spending increase, both in-store and online. During the third week in October, visits to websites jumped 63%, with unique visitors climbing 47%.

Deloitte, too, anticipates that staying home will change spending, estimating that people will spend 34% less, or about $260 per household, on socializing away from home and travel. Between Oct. 1 and 17, spending on travel fell 56%. At the time of its October study, before the CDC began issuing warnings against holiday travel, only 29% of U.S. consumers felt safe flying, and only 41% thought it was safe to stay in a hotel.