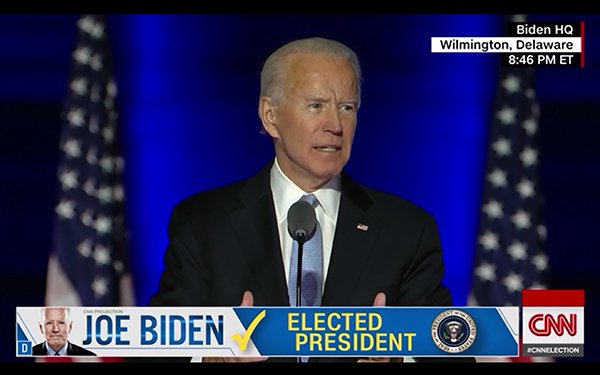 As expected, November posted strong viewing numbers for the top three cable TV news networks versus the same month a year ago -- largely due to the Presidential election and coverage of the results in the days that followed. But the race is now tighter overall among all the top cable news networks.

As expected, all networks recorded significant spikes versus the same month a year ago. Compared to November 2019, CNN was up 180% in prime-time viewers, while Fox was 41% higher and MSNBC grew 29%.

Another indicator -- the previous month of October -- showed a slightly different story. CNN had the best growth results -- up 12% in total prime-time viewers in November from October (2.5 million), and 29% higher (1.4 million) in total day viewers.