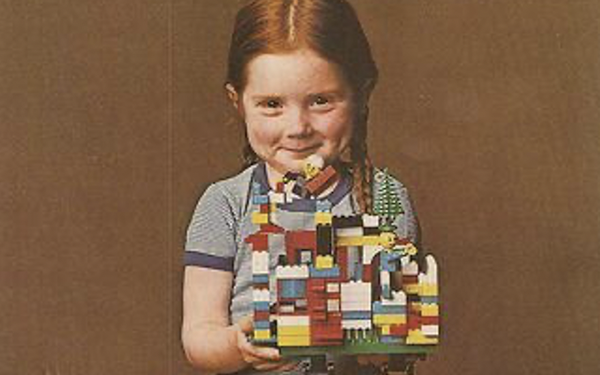 To celebrate International Women's Day, Lego is going old-school -- all the way back to 1981. To help parents encourage their girls to keep building, it's featuring a 40-year-old ad of a beaming redhead showing off her castle, headlined: "What it is is beautiful."

Parents can go to a Lego microsite, upload a photo of their child and answer a few quiz questions about how they like to play with Legos. Lego then generates a poster with a variation on the headline and emails it back, encouraging them to share it with a #LEGOFutureBuilders hashtag.

Mattel is also marking International Women's Day, which began back in 1975. It's introducing a new Eleanor Roosevelt Barbie. (Yes, you read that right.) While it’s hard to predict what the longest-serving First Lady, UN spokesperson and human rights activist would say about that move, Mattel says the collectible is "created in her likeness and featuring a curvy body."

Barbie is also cooking up a new partnership with Betty Crocker, with BettyLab, meant to encourage girls to experiment and innovate. Betty Crocker, owned by Minneapolis-based General Mills,  says the idea stems from the "belief that the kitchen is the original lab, where culinary science and personal expression fuel confidence and creativity in all makers."

The effort links to Barbie's Dream Gap Project initiative, zeroing in on research that shows by age 5, girls often stop believing they can be anything they want. Betty Crocker is donating $100,000 to the Barbie Dream Gap Project, launched back in 2018, to encourage STEM skills through baking and culinary science.

The effort encourages girls to tackle recipes like Rock Candy, Ice Cream in a Bag, S'more Cake in a Slow Cooker and Soda Pop Cupcakes, each explaining the chemistry involved in the recipe. It's inviting people to share the results with the #BettyAndBarbie hashtag. 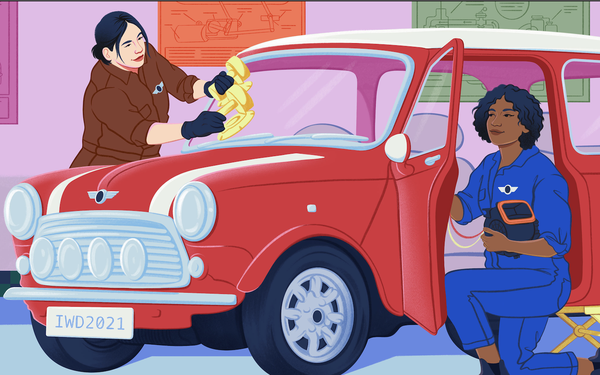 Mini USA is highlighting female inventors responsible for components of the modern automobile, like the turn signal and heaters. The automaker’s creative agency, Pereira O’Dell, partnered with a female illustrator, Louisa Cannell, @LouisaCannell on Instagram, to create a unique illustration (above). The piece will run today on Mini USA’s social pages (organic with paid media boosts).

Kind is taking an activist route, with an equality bot that helps people rally support for the Equal Rights Amendment. People can text 50409 and enter "Pass the ERA," and the Resistbot walks them through the steps of contacting their state officials.

The company says it undertook the effort because 80% of Americans mistakenly believe that the U.S. Constitution promises equal rights to women and men. It is promoting the initiative with a new look for its Caramel Almond & Sea Salt bar, dressing it up in white, purple, and gold to celebrate the 100th anniversary of the 19th Amendment. The limited-edition snacks are available for March, with 100% of proceeds going to the Alice Paul Institute, supporting gender equality.