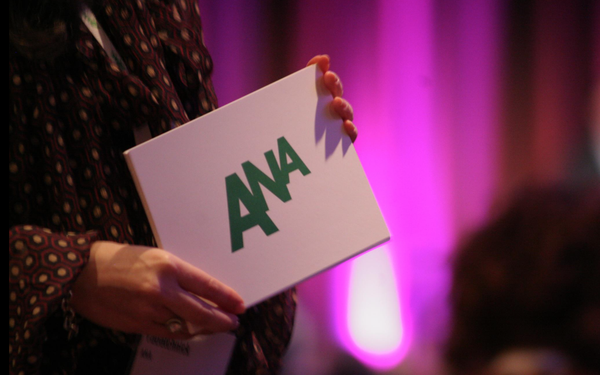 The granddaddy of all marketing conventions, the annual conference of the Association of National Advertisers, will be back this fall as a combination “hybrid” live and online event.

Morning activities at each of the conference’s four days Oct. 5-8 in Orlando, Florida will be live only, while afternoon activities will be offered both live as well as online to those who choose to forego travel, says Bob Liodice, the ANA’s president and chief executive officer.

Speakers have not yet been announced but the event typically features top marketers from the largest companies including Procter & Gamble, Disney, Target, Coca-Cola, Visa and Walmart.

Known for more than a decade as the Masters of Marketing, the conference annually brings together nearly 3,000 CMOs, marketers and industry thought leaders. Last year’s pandemic-prompted all-online event attracted about 4,700 attendees, Liodice says.

“That's why a hybrid could actually be a blessing in disguise for us all because the amount of engagement that can happen,” he tells Marketing Daily, adding that the trend of using online programing is likely to continue indefinitely.

There are many people that don't have the budget to pay the travel and conference fees, he adds.

“It just opens up the doors for people to see the great CMO leaders tell their tales, and that exposure is beneficial to our membership,” Liodice says.

The ANA is aiming to get 1,500 in-person attendees if progress continues to be made in reducing COVID-19 infection rates and more of the population is vaccinated.

A handful of executives have already contacted Liodice and said they are excited to attend a live event, he says.

“Perhaps it could even be more because there's a lot of pent-up demand for people wanting to get get back into a live setting again,” he says. “But it it could be as low as 500. Until we start marketing it, we we really won't know. It will probably have a very large registration in the late August through early October timeframe.”

Attendance will be dependent on the travel policies of companies whose executives participate in the conference. Most major companies in the United States have prohibited or restricted travel during the past year. And with the Centers for Disease Control and Prevention still advising against air travel, many feel uncomfortable making plans.

“That's the reason why we are not expecting anywhere near 100% until 2022,” Liodice says. “There will be people who are still nervous whether they've been vaccinated or not. The key strategy is to be flexible.”

The association will aim to make attendees feel safe, he says. Social distancing and face masks will be required, he adds.

Obviously, the typical concert behavior of gathering around the stage will be discouraged, he says.

“We might have to handcuff people to their dinner chairs,” he joked.

Since it’s anyone’s best guess what the state of the pandemic will be in October, the organizers are offering some latitude in cancellation fees.

A full refund for in-person registration will be granted, if written request for cancellation is received by email 10 or more calendar days before the conference start date, or it can be transferred to a colleague at no additional cost. In-person registration may be converted to virtual at any time before the conference starts.

Liodice says he is personally looking forward to attending the live event. The online event just didn’t have the same energy as the in-person conferences.

“There's no feedback, there's no applause, it's sterile,” Liodice says. “We need to get out of that sterility and back to the way we are. We're social animals, so to speak.”