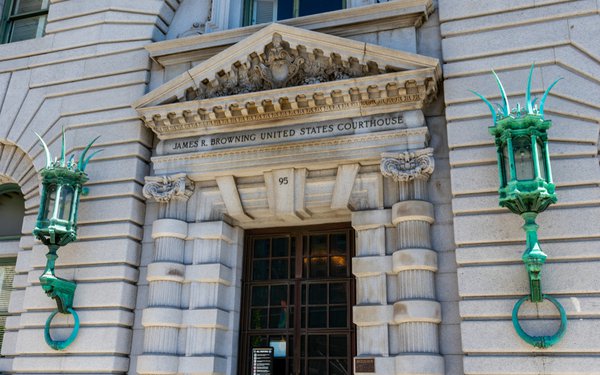 “The internet is a fundamentally nationwide network that is uniquely ill-suited to overlapping and inconsistent state regulations,” the Chamber of Commerce, Telecommunications Industry Association and other groups say in a friend-of-the-court brief filed Tuesday with the 9th Circuit Court of Appeals.

“Our critical broadband network is too important to the economy and interstate commerce to be left to a patchwork regulatory regime where the key details will be worked out on an ad hoc, state-by-state basis after years of litigation,” the groups add.

The business organizations are urging the 9th Circuit Court of Appeals to revisit a three-judge panel's refusal to block enforcement of California's 2018 net neutrality law.

That measure prohibits broadband providers from blocking or throttling traffic, charging higher fees for fast-lane service, and exempting their own video streams from consumers' data caps.

The Federal Communications Commission passed similar regulations in 2015, but repealed those rules during the Trump administration.

U.S. District Court Judge John Mendez in Sacramento rejected the broadband industry's arguments and refused to block the law from taking effect. The providers then appealed to the 9th Circuit, which also ruled against the carriers.

Last week, the broadband industry sought a new hearing at the 9th Circuit.

The Chamber of Commerce and other groups are backing that request.

Among other arguments, the business organizations say it isn't feasible for broadband providers to treat broadband traffic in California differently from traffic in other states.

“Content providers typically rely on a nationwide (or worldwide) network of servers to exchange traffic with internet service providers, and routing of information changes dynamically from moment to moment depending on network congestion and other factors,” the groups write.

Former agency head Ajit Pai, who shepherded the repeal of the Obama-era rules, called them “heavy handed” and claimed they depressed investment.

But proponents of net neutrality counter that rules are necessary to prevent broadband providers from limiting consumers' ability to access streaming video, search engines and other online services and content.

After the FCC repealed the national net-neutrality rules, several states including California and Vermont moved to reinstate the rules on a statewide basis.

The broadband industry sued over those efforts in California and Vermont. The lawsuit in Vermont is on hold until the 9th Circuit issues a final decision regarding California's law.