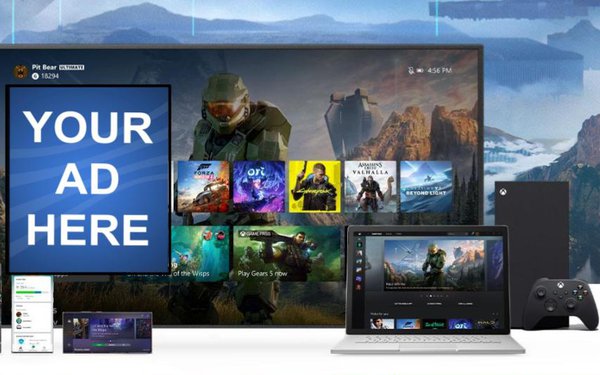 On Friday, Business Insider reported that Microsoft is developing a program that will allow brands to place ads directly in free-to-play Xbox games. Sources told Insider that select brands could buy non-disruptive ads from a “private marketplace” to secure space on virtual billboards in a racing game, for example.

It’s unclear how else Microsoft plans to showcase ads within Xbox games, such as character skins or video rolls. Insider said that Microsoft is still deciding which ad-tech firms will build the marketplace, but that the program could launch as early as this summer.

According to Insider sources, Microsoft won’t use the data it collects from outside services––such as Bing––for targeted ads on Xbox.

Sources also stated that the tech giant doesn’t intend to take a cut of ad revenue and seems “more interested in building out the Xbox ad network,” with game developers and ad-tech companies sharing the funds.

“I’m not buying it,” Shiv Gupta, managing partner at U of Digital, a digital marketing education platform, noted in an email response to reports of the Microsoft program. “Microsoft will absolutely take a cut of the ad revenue. Perhaps this is just spin.”

Gupta believes that by developing this in-game ad program, Microsoft isn’t focused on building an ad network as much as competing with Google, Facebook, and Amazon.

“This is about Microsoft creating a differentiated inventory/data that they can monetize via a full ad-tech stack, and in the process, make that ad tech stack a must-buy for publishers and advertisers in order to get a cut of the open web,” added Gupta.

Gupta thinks Microsoft will use Xbox to test dynamic ad placement for the  so-called metaverse, while strategizing “the most valuable advertising real-estate in the household, the large screen TV.”

In another emailed response, Alister Goodman, CEO of Ericsson’s mobile ad division Emodo, agreed with Gupta that Microsoft is quietly preparing for a central role in the metaverse.

“Remember, they have all the pieces in place––proprietary first-party data, the programmatic ad marketplace Xandr, and a big head start over Facebook on the metaverse with the Xbox community,” said Goodman.

To be successful in this pursuit, Microsoft doesn’t have to be the most prominent Web3 force: “They just need to steal a couple billion in share from Facebook to win big,” said Goodman.

Thus far, Microsoft has declined to confirm or deny the reported claims, telling Insider only that is is “always looking for ways to improve the experience for players and developers.”