Hypothesis: TV Has Role To Play In Nation's Cult Of Violence 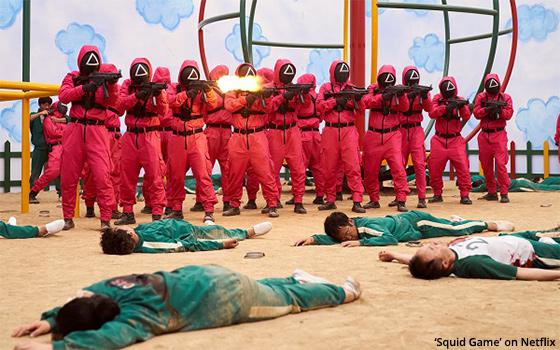 TV and the violence prevalent in many of its shows has a role to play in contributing to the cult of violence in this country.

This is a hypothesis of this TV Blog. It is based on a consideration of the ways in which television presents, promotes and sells itself.

From this process of consideration, a question takes shape: What is the relationship, if any, between the preponderance of extreme violence on scores of TV shows today and the medium’s power to influence?

Of course it has. TV’s powers of persuasion are the reason why the world’s largest marketers spend billions on it.

So, if television is the world’s most influential medium on the planet for selling goods and services -- as TV sales departments have long insisted (and probably correctly too) -- then doesn’t it stand to reason that the ultra-violent content TV presents may exert some influence over other behaviors too, at least in the minds of those few who are predisposed to be influenced in this way?

And speaking of influence, almost everyone agrees these days that a handful of opinionated evening talk shows on three cable news channels -- right, left or in-between -- exert such a strong influence on their partisan audiences that they are as responsible as any other social factors for the country’s deep political and philosophical divisions.

Having said all that, this TV Blog is in no way suggesting that TV and its influencing powers are the sole or root cause of the epidemic of violent mass shootings in this country or the day-to-day gun violence afflicting cities.

The TV Blog claims no expertise in the area of aberrant human behavior and its cause, but at the same time, it doesn’t take the experience or observation skills of a TV columnist to see that our society is awash in violent media and that TV plays a part in this onslaught.

Today, images of extreme violence made more realistic than ever thanks to advances in film, video, audio and special effects technology are the lifeblood of hundreds of movies, video games and the subject of this blog, TV shows. All are consumed by millions.

Where the TV business is concerned, the networks and streaming services never seem to undertake any sort of self-examination when it comes to the violent shows they produce and present.

They just keep them coming. The photo above was not chosen necessarily to single out “Squid Game” as any more or less violent than a hundred other shows.

Instead, the photo was chosen simply because it was so easy to find on the website Netflix maintains for TV columnists and reporters to have access to publicity assets such as show photos.

As such, this photo was posted there for use in TV columns and stories -- i.e., to promote “Squid Game,” at least in part, on the basis of its violence.

In light of recent events, nothing more really needs to be said about this image of mass violence from one of the most widely watched TV shows of the past year.