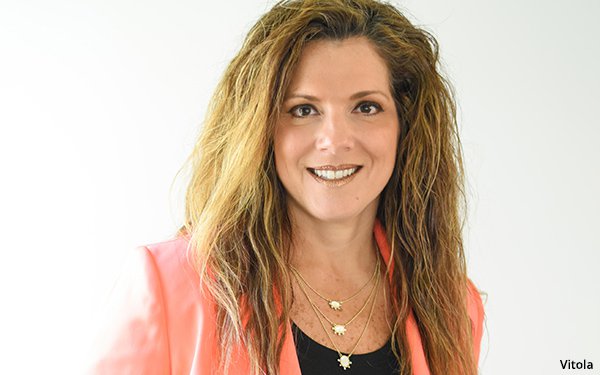 Denise Vitola’s very title at Bayer tells you a lot about the changes at work in OTC healthcare marketing. She is VP of Brand Integration, PR, Social and Influencer, Consumer Health. The company has launched and led a range of new products using principally digital channels and especially by coordinating influencer, paid social and PR efforts all at once. Denise is a veteran of PR and marketing as well as a health coach and social influencer herself. You can listen to the entire podcast at this link.

MediaPost: I want to start with your title at the very top level, which encompasses three worlds, PR, social and influencer marketing. Was this a title invented for your specific talents or does it reflect a philosophy affair for integrating those disciplines?

Denise Vitola: I think it says I'm an overachiever. It was written specifically for me. I started my career in PR. You mentioned Ogilvy and that was one of my earlier days. We were doing a lot of breakthrough influencer stuff. I started noticing more how PR, influencer, and social channels all started intersecting together, and when you put them together it was working even more magnificently.

So, think about a campaign where we have a fabulous PR idea, but we also integrate influencer into our awesome campaign. All that magic is being created into content for social media. You put all those sums together, and it's the greatest campaign ever that's really reaching the consumer in various touchpoints. It's like the consumer journey. We are going to take each step with that consumer, no matter where they show up, and they're going to see the work that we're doing.

MP: What is an example of how you built a brand starting with these social and influencer channels?

Vitola: In June Alka-Seltzer came out with a product called Hangover. So, imagine that for people my age that's like a gift from God because you don't bounce back the same way you do when maybe you're in your 20s.

We [at] Alka-Seltzer have our classic jingle “Plop Plop, Fizz Fizz” that everybody has heard. Whether you're in your 60s or in your 20s, you’ve heard this jingle. We wanted to take the opportunity when launching this new product Hangover and pairing it with a popular musician to remake our jingle. So, we took a look at several people and landed on T-Pain for various reasons. He's very hot right now, and he has songs [such as] “Buy U a Drank.” He's [also] written cocktail recipe books. So, [selecting him] made a lot of sense to us.

We brought him in to remake the jingle and do it [for] social media and content influencers to use. All whilst going out to earned media for the PR campaign to have T-Pain talking about what he is doing on social media. And then we have T-Pain recreating the jingle behind the scenes video. He's posting the content to his social channel, creating duet videos, asking people to dance to the video.

On TikTok he actually passes the new product over to the influencer, and the influencer takes it and dances to the new jingle and pretends to pass it on to somebody else. That somebody else is somebody who can take that content and now duet it. We're populating our social channels with all this content and supporting it with paid. That is really where the magic starts to happen. Now with the paid media side of it, we can specifically target those people we think are going to use and want this product the most.

We're doing Twitter programs where we're having drones deliver product to people that hashtag #hangover. So, we're surprising and delighting people, and it becomes like a like a social takeover.

MP: To work, then, do you need either that tie into an established brand and/or a tie into a known celebrity to drive this? Or does it happen in a different way? Is it possible really to create a whole new brand without those key elements that sort of have a built-in audience and a built-in driver?

Vitola: I think it's always great to have somebody who is relevant. It doesn't have to be a celebrity, just somebody that resonates with the audience. And because we wanted to remake the jingle, to make it more modern and fresh because the product is more modern than fresh, it made sense in this idea. But I wouldn't say rinse and repeat. So, I wouldn’t take this and say, okay, let's get that celebrity, because it doesn't always work. But it does in certain instances.

But I will challenge a little bit on the 100-year-old brand and people know it. That also could be an Achilles heel. Because when we're trying to target millennials, or now we're going after the Gen Z consumer, brands like that could seem old and not in touch. So, what are those new brands that are coming out? Is there some like Kombucha, or some crazy thing I could get off the shelf to get rid of my hangover? So, when we think about that our brands are iconic, every one of them. But are we relevant today with who we are trying to reach?

MP: So, if you're building a brand using a lot of organic and influencer marketing, and then you're also bringing in some of the more familiar channels like press and PR outreach, how do those coordinate and how do you time them? Do you build organic and influencer energy before you bring in the press, or vice versa? I'm curious as we have these new elements now in brand building -- how do you time a campaign like this, and who comes in where? Where do you build the energy first?

Vitola: It's a great question, because what you're saying is so true that traditionally we were doing one thing for the next thing, and that is how we were approaching product launches and campaign launches and things along those lines. But what is happening now is, we have all the levers to pull, and we're able to actually do anything. And like I was saying before, reach the consumer in various places of where they're at across their customer journey, and so on and so forth.

What I'm finding, though, is launching everything together as a full holistic campaign is really the biggest opportunity. You're more likely to reach the consumer wherever they are because consumers can be anywhere. They'll see the campaign, whether it be on social media, through an influencer or elsewhere, and it's just what I call turning up the volume. So instead of a slow start, you would turn up the volume, raising it up so much that the consumer's bound to see everything that you're doing.

MP: When you're talking to those traditional media types, or the creative teams, or the brand directors, how do you explain to them the relationship between influencers and what they do?

Vitola: Pop culture will continue to happen. And if we don't listen to the environment that surrounds them that is out there and adapt our style and how we reach the consumer, we're going to be irrelevant. I was telling a story recently about influencers. I said [to them], “Listen we don't want to show up and be RadioShack, we want to show up and be that online store that all of Gen Z is going to, because that's where we're going to reach our consumers.” We're adapting the way that we're reaching consumers through shoppable media. So that's also very different. You can't stay traditional because the traditional is irrelevant.

I'm going to insert influencers because influencers are going to make an impact in a very different way. They're strangers that are friends. Consumers trust them. The second thing is, you can do a lot of different things with influencers. You don't have to just have them talk about your products. You can take that content and use it in other places and other marketing channels. And when you do those things, you prove them out through measurement. Then you can report back to your organization and say, hey, the proof is there, the metrics are paying off, and this is why we should be using influencers.

MP:  I'm curious about what seems to be a greater candor among some of Bayer’s programs especially product development. We spoke with your CMO, Patricia Corsi about the worldwide Vagina Academy project recently. What change are we seeing here, both in the industry and among consumers?

Now, with social media, everything is on the table. So, you have everyone talking about everything. No topic is taboo. Consumers want transparency. They want to hear it directly. That is how they talk to each other, and that's what's going on out there. So, we're capturing the subject matter from the consumer and saying, okay if you want to hear it like that, we're going to create programs that reach you in this way.