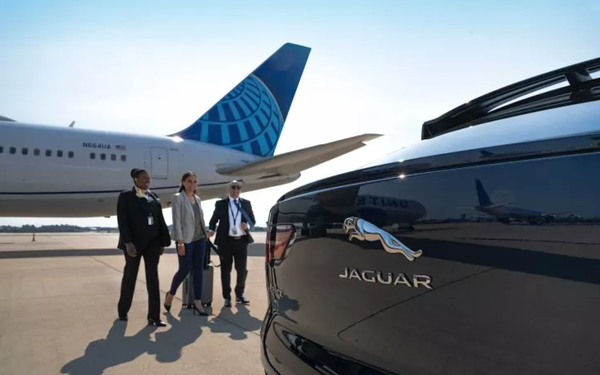 United Airlines and Jaguar are launching the first gate-to-gate airport transfer service powered by an all-electric fleet in the United States.

Late this year, the vehicles will go into service at United hubs in Denver, Houston, Newark/New York, Washington D.C, San Francisco and Los Angeles. The SUVs are expected to make an estimated 60 trips per day and transfer more than 1,000 United customers daily.

“Partnering with Jaguar to deploy an all-electric fleet is not only a smart business move, as we know customers consider sustainability when booking travel, it is the right thing to do,” Bonard says in a release.

On the tarmac, United customers will experience the all-electric performance five-seat SUV with Alexa6 connectivity that delivers a suite of enhancements to its infotainment interface and Wireless Device Charging.