TiVo Up 48% In Revs, But Losses Continue 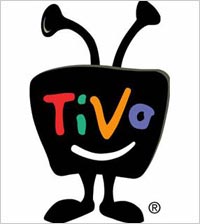 The company said that contributing to the losses were unforeseen expenses related to litigation activity. The company has sued Motorola and Time Warner for copyright infringement and has a trial coming up in the fall against Verizon, which TiVo has also charged with copyright violations.

Also, year-ago quarterly profits included a one-time payment from the Dish Network of $175 million that came as part of a legal settlement stemming from a copyright suit that TiVo filed against the satellite TV operator.

The company warned analysts and investors that losses would continue in the second quarter and total between $28 million and $30 million, in part due to further litigation and marketing expenses.

The company also said it would spend about $100 million this year on research and development, slightly lower than the $110 million it spent on R&D in its last fiscal year.

The results were disclosed shortly after the company filed documents that indicated that CEO Tom Rogers earned total compensation of $6.7 million last year, nearly four times what he made the prior year. Most of Rogers’ remuneration came in the form of stock awards, bonus and incentive compensation, on top of his $800,000 salary.

On a conference call with analysts and investors to discuss results one analyst asked Rogers when the company would start showing a return to investors. Rogers didn’t provide a specific date. Instead he replied, “Things are coming into much clearer focus” with respect to “financial progress.”

The company has a goal of “approaching break-even” in its current fiscal year on an EBITDA (earnings before interest, taxes, depreciation and amortization) basis. But that goal also excludes litigation expense, which will be significant as it fights at least three big legal battles.

The R&D expense is being used to develop new products, such as the recently introduced TiVo Stream, which delivers content to devices such as tablets and smartphones, and technology that enables the seamless integration of TiVo advanced TV systems with cable set-top boxes.

dvrs, revenue, tv
1 comment about "TiVo Up 48% In Revs, But Losses Continue".
Check to receive email when comments are posted.
Next story loading