Cynicism Toward Charities Is On The Rise 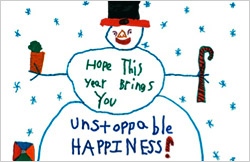 Maybe shoppers will be inspired by Hanes’ National Sock Drive, a partnership with the Salvation Army that will put socks on the feet of 500,000 homeless people. Perhaps they will post and repost sweet greeting cards drawn by children with cancer, part of Northwestern Mutual’s “Unstoppable Happiness” effort. Or they may fall for Target’s adorable stuffed Bullseye, who is wearing a kitten-covered sweater this year to generate donations for St. Jude Children’s Research Hospital, or mail a letter to Santa at Macy’s to raise cash for the Make A Wish Foundation.

Then again, maybe they won’t.

While Cone Communications’ research has been uncovering a growing trend of consumer cynicism toward cause-related campaigns, it seems to be especially true this holiday season. New research from the marketing company finds that only 16% of consumers say they intend to purchase cause-related presents this year, far lower than the 49% who said they intended to do so back in 2010. And 41% say they are undecided.

Still, a solid majority -- 71% -- say they believe it is important for holidays to throw some muscle behind causes at this time of year, and 75% say they feel better about companies that do so. Yet even as they are more aware (66% in the survey of 1,000 adults say they notice more cause-related efforts this year than in the past), they are also more suspicious, with 68% saying they question whether their purchase has any impact. And 75% say companies should tell consumers more about cause-related efforts.

One such effort, also from Cone, which specializes in cause-driven efforts, comes from Northwestern Mutual, a digital campaign that allows consumers to share greeting cards drawn by young cancer patients. The theme, “Unstoppable happiness!,” was inspired by an eight-year-old with lymphoma. They hope to raise $25,000 by Dec. 30, with the proceeds going to Northwestern Mutual’s Childhood Cancer Program nonprofit partners, Alex’s Lemonade Stand Foundation and Starlight Children’s Foundation. (Every time the card is shared digitally, the company donates $1.)

cause-related, charity, holiday, research
5 comments about "Cynicism Toward Charities Is On The Rise ".
Check to receive email when comments are posted.
Read more comments >
Next story loading