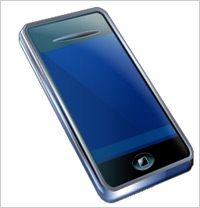 Commerce is coming to the mobile lock screen.

Facebook Home received lots of attention when it recently introduced the notion of optimizing an Android phone by taking over the lock screen for Facebook feeds.

The idea is that the lock screen is the most valuable mobile real estate since users always look to that screen first.

A California company came to that same conclusion more than a decade ago and has been taking aim at that space ever since.

The company, Celltick, began contracting with cellphone carriers around the world to have their service pre-installed on SIM cards and now boasts more than 150 million users globally.

Celltick started by sending coupons they thought consumers would like. In countries outside the U.S., where a small fee is charged for coupons, 6 million coupons have been sold. “We’re the largest coupon vendor in India,” Ramgopal Vidyanand, VP Marketing and Business Development at Celltick told me.

A few months ago, the company introduced its Active Lockscreen Android app into the U.S. marketplace and now has a million users, says Vidyanand, who notes that the next step is adding commerce to it.

The app lets a person select various components, which could be apps, email, messaging or camera, among others, and those then are directly accessible from the lock screen.

From a commerce standpoint, phone location can be identified via GPS or cell tower and highly targeted offers can be sent to consumers based on location and preference.

For example, a person could identify that they prefer offers from Best Buy and Macy’s and the next time they are in a mall, receive offers only from those two stores. The retailers also could link offers with their rewards programs.

Celltick is cognizant of the issue of intrusion. “We’re always in front of the user so we have to balance the user’s interests,” says Vidyanand. The app can be disabled quickly and just as easily deleted.

Rather than the decade-old idea of sending offers to people as they walk past or drive near a location, the consumer self-selects the specific categories, brands or retailers that interest them and that’s all they get. Merchant partners are expected to be named within the next few weeks.

Celltick won’t be alone going after the mobile lock screen with a somewhat similar service recently launched in South Korea.

By being added to the lock screen, mobile commerce never sleeps.