Coupons & the Gradual Migration to Mobile 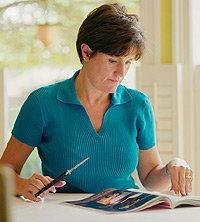 Those mobile coupons keep coming, mainly because they work.

Going through a new study by BI Intelligence confirms what various other research has been finding, that mobile coupons are small, but effective and growing.

The study points out that the number of mobile coupons is expected to increase to 53 million a year by next year.

It’s no secret that mobile coupons drive traffic to stores and that shoppers are attracted to and enticed by deals.

The coupon market is huge. Last year and the year before, there were 350 billion consumer packaged goods coupons, notes the BI Intelligence study.

About 90% of those coupons were distributed as print inserts in publications, with digital coupons representing less than 1% of the total. Talk about a mobile growth opportunity!

Coupons will have to move to mobile, both due to the decline of physical newspapers and the convenience factor for mobile shoppers.

The reasons retailer brands offer coupons through digital means such as apps and mobile websites are to drive digital revenue, increase foot traffic to stores, gather data and build relationships, according to the BI Intelligence study.

While traditional coupons can be used to gather data on certain promotions and offers, mobile coupons can substantially increase the information captured, not to mention the ability to personalize offers based on a consumer’s shopping history, habits and location.

While the print coupons data is only linked to a campaign, mobile coupon data can be tied to an individual as well as to their wider shopping behavior, the study notes.

With mobile coupons, retailers can leverage location-based data and device information for additional insights into shopping patterns, at least those of mobile shoppers.

Mobile coupons are still a tiny part of all coupons and mobile commerce is still only a very small part of all retail commerce. Just like the number of people with smartphones,  the direction of both is clear.

coupons, mcommerce, mobile
1 comment about "Coupons & the Gradual Migration to Mobile".
Check to receive email when comments are posted.
Next story loading