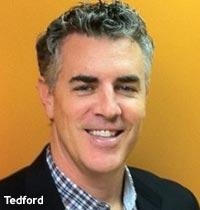 The boom market for social marketing firms may have peaked last year with the back-to-back acquisitions of Buddy Media by Salesforce.com, and Vitrue by Oracle, for $736 million and $300 million, respectively. But that doesn’t mean companies selling social media expertise have lost their appeal for investors.

Facebook ad partner Brand Networks on Thursday announced receiving $68 million in financing from private-equity firm AEA Investments for a minority stake in the Boston-based company. In connection with the investment, two AEA partners will join Brand Networks’ board of directors, along with Kurt Holstein, co-founder of interactive agency Rosetta, as an independent director.

Started in 2006 by former Arnold Worldwide executive Jamie Tedford and technology entrepreneur, Brand Networks -- like Buddy Media and Vitrue -- has seen its fortunes rise with the rapid ascent of Facebook as an online advertising powerhouse. Offering a set of social software and marketing services to brands and agencies, the firm is now one of just 13 “Strategic” Preferred Marketing Development Partners (PMDs) that work with Facebook.

Along with Adobe, it's also the only strategic PMD to be certified with badges across four qualification areas on Facebook: Pages, Ads, Apps and Insights.

In the last seven years, Brand Networks has attracted clients including American Express, Starwood Hotels, Starbucks and Macy’s, and has grown to 135 employees in five offices. Since 2010 it has tripled revenue growth annually and is profitable, according to Tedford.

Why does the company now need a boatload of capital?

Tedford explains that the funding will help Brand Networks accelerate growth that includes global expansion into markets including the U.K., South America and Asia. It recently opened a Toronto office in addition to locations in Los Angeles, New York City, and Rochester, New York, along with its Boston headquarters.

With the investment, Brand Networks also wants to ramp up hiring, especially in sales and marketing, continue to its develop its technology platform, and be able to make strategic acquisitions. It also hopes to benefit from AEA’s knowledge and relationships in the retail and CPG industries.

Tedford said retailers, dealerships, quick-serve restaurants and other companies with multiple locations are Brand Networks’ “sweet spot,” for which it can help create social content on the local as well as the national level. “Local, mobile and social go hand in hand when you think about where clients are today,” he said.

For its part, AEA said it settled on Brand Networks after spending a year looking for the right technology-powered marketing platform. “We believe Brand Networks has what it takes to create a new standard within the crowded social marketing ecosystem,” said Holstein, who has acted as a consultant for AEA during the process.

To better market its own offerings, Brand Networks also announced the launch of its Social Marketing Stack, an integrated suite of tools and services for managing content publishing, apps, ad-buying and analytics on Facebook, Twitter, Tumblr and other social properties