Future Lions To 'Rise' At This Year's Competition 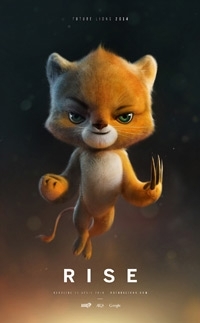 In partnership with the Cannes Lions International Festival of Creativity, AKQA is hosting Future Lions for the ninth year in a row. This year's theme "Rise" encourages students to ascend to greatness and create the future.

The Future Lions competition challenges students to come up with an idea that was not possible five years ago for a brand of their choosing. There are no rules in terms of media or technology, and no specifics around product, service or target audience. The deadline for entries is April 21.

Winning ideas will be honored at the Cannes Lions International Festival of Creativity on Wednesday, June 18, in the Grand Audi Theatre at Les Palais des Festivals.

"Future Lions is an incredible opportunity for students to demonstrate their creativity on the industry's most prestigious global stage," said Rei Inamoto, VP/Chief Creative Officer of AKQA.

Last year, the competition received than 1,500 entries from 40 countries. The five global student teams submitting the best ideas will win registration to the Festival in Cannes, France, June 15-21, 2014, and be honored with a Future Lions Cub trophy designed by AKQA.

Future Lions will also recognize the Future Lions School of the Year: the individual school achieving the most student submissions to reach the final round. In 2013, for the third consecutive year, the Miami Ad School Europe in Hamburg, Germany, received this award.