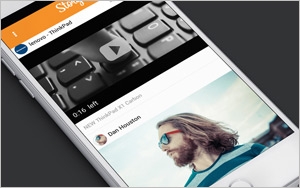 The first version of Story, a mobile real-time bidding (RTB) native ad solution that allowed in-app autoplay video ads to be reinserted into a feed and pick up where the user left off, was released in February.

Story 2.0 updates include a display unit added to the video unit and various components added to the native ad unit. Story 2.0 can convert regular video and display ads into native units in real-time, and also has API integration.

“Our explosive growth in the past year, especially with RTB and video, is evidence that the combination of mobile, video and native in an RTB environment will change the way we look at advertising on mobile forever,” said Offer Yehudai, president and co-founder of Inneractive, in a statement.

Programmatic video ads have been on the rise for a while now, although premium content and measurability have been limiting factors in its adoption.

Inneractive upgraded Innex, its mobile ad exchange, to be able to provide more premium content, and updated its console with more features.