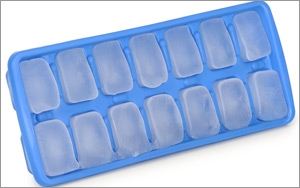 Google confirmed in a Google+ post late Thursday that its Chrome browser will begin to freeze Flash ads Sept. 1. Site visitors who want to see the files will need to click on them to manually enable them. Otherwise they will remain stagnant images by default.

The move, originally announced in June, is designed to increase page-load speed and reduce power consumption by pausing certain plug-in content, including Flash ads. Industry insiders think the decision comes after a rash of malvertising attacks on a variety of advertising networks. The most recent, on MSN, was revealed Thursday by security firm Malwarebytes Labs.

The attack on MSN's network of sites came from the same group of cybercriminals that attacked Yahoo's network of portals and Web sites earlier this month. The attacks occur as people browse its news, lifestyle or other portals. They were served a malicious advertisement that silently loaded the Angler exploit kit and attempted to infect their computers.

Google explained that most Flash ads uploaded to AdWords are automatically converted to HTML5. The company laid out a series of steps for brands to take, so the ads continue to show on the Google Display Network. One step, converting Flash ads to HTML5, should quicken browser speeds and extend battery life of consumer mobile devices.

Earlier this year, Google released a feature that automatically converts Flash into HTML5 markup language when uploaded to Google AdWords. At the time the company said it introduced the feature for mobile devices that cannot read advertisements that render in Flash on Web pages.

Amazon also said that beginning Sept. 1, it would no longer allow Flash-based ads to serve on its network or across its Amazon Advertising Platform. For Amazon, the decision set after Yahoo's well-publicized malvertising attack on advertisers by hackers who exploited Flash ads.

Malvertising has become one of the biggest issues for ads rendering in Adobe Flash players. Infecting the owner's device or computer does not require user interaction -- meaning that no click is required. The ad simply needs to display in the browser. Most cybercriminals take advantage of the vulnerabilities in the Flash player, but Jerome Segura, senior security researcher at Malwarebytes Labs expects that in time the industry will see similar attacks in HTML5 as cybercriminals gain more understanding of the file format structure.
google, malware, microsoft, search, yahoo
1 comment about "Google To Freeze Flash Ads".
Check to receive email when comments are posted.
Next story loading