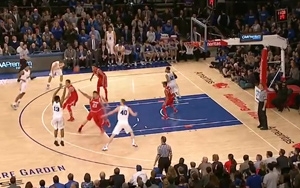 It’s March, which means a plethora of marketing activations around the NCAA Men’s College Basketball tournament. However, the playbook has shifted due to both technology and changing consumers. Marketing Daily caught up with two experts, Ben Hordell, partner at DXagency, and Joshua Keller, CEO of Union Square Media.

Q: What are some examples of effective brand marketing having to do with March Madness?

Hordell: At the very basic level, I saw that LG TVs are on sale in concert with March Madness coming, and that is a very smart move. Although it isn’t the Super Bowl, it is a collection of over 60 live events that consumers would desire an optimal viewing experience for. Within the games, Nike is the apparel provider for over 40 teams in the tournament. Now, that is a lot of exposure! Warren Buffett smartly grows his brand every year with the story of his $1 million-plus bracket challenge that no one ever wins. Lastly, to captivate on eyeballs, both Lowe’s and CDW are planning to debut new brand campaigns during the tournament. This strategy is a great way to achieve frequency with the new brand messages.

Keller: Oreo had a widely successful campaign last year where they used action shots of ball playing with Oreos superimposed on them, emphasizing the double entendre between dunking in basketball with dunking an Oreo. One could make a case that this was the most successful social campaign. The campaign had had over 30,000 likes on Instagram. This isn’t the first time that Oreo used social creativity during sporting events. During the Super Bowl 2013 blackout, their “You can still dunk in the dark" tweet got over 15,000 retweets and 20,000 shares on Facebook.

Q: How has marketing around the tournament changed? What are the current trends?

Hordell: The biggest changes have come with technology. Sports brands compete to have you use their brackets and apps (to get you into their marketing funnel). Technology like VR has started to pop up and test the waters. You will still see brands also creating their own bracket-style engagements to capitalize on the tournament theme.

Keller: When the tournament first started in the 1930s, it wasn’t even televised. Now it’s streamed across four TV stations and highlighted in nearly every newspaper and Web site. The marketing of March Madness as a whole is so multifaceted. Even the days and groups have their own branding with “Selection Sunday,” “The Sweet 16,” “Elite Eight,” and “Final Four.” The hype around the tournament has made strides on the internet; last year alone, the tournament had over 70 million views across broadband and mobile, which accounted for 20% of the viewership.

Because of this, we’re seeing a huge push for a more digital and social approach to marketing around the tournament. March Madness now has its own YouTube channel, where fans can see highlights and sportscasts. People are now betting online with brackets on CBS.com or ESPN.com. Brands that you wouldn’t normally associate with a sporting event, such as Dove, whose “Journey To Comfort” campaign features basketball players' stories as well as prompts customers to tell their stories, are jumping on the bandwagon. Marketing around this event is wildfire.

Q: How is virtual reality being used? Is this just a fad or will it stick around?

Hordell: Fox Sports used VR to stream the Big East tournament. Although that is not the field of 68, it’s a major step toward streaming the entire tournament. That would be exciting and change the way we view sports.

Q: How about social and digital technologies? Fad or do they have legs?

Hordell: Bing launched “smart answers” for the tournament to help grow awareness and adoption of their Bing Predicts software. It’s an impressive data-driven approach to the tournament, where you can follow the tournament from start to finish and get predictions on who will advance. The tournament will generate millions of conversations via social media, and that relationship is here to stay.

Keller: Social and digital technologies have a lot of potential surrounding March Madness, and we’ve seen companies really take ownership of it. Acura created a “Meme Madness” campaign that was covered all over ESPN.com. Vulture used the signature March Madness Bracket to entice their users to vote for their favorite sitcom within the past year.

Q: What could brands be doing that they are missing out on?