Virtual reality has been feeling like it is on the cusp on being mainstream for several years now. The purchase of Oculus Rift by Facebook for $2 billion pushed virtual reality into the public consciousness. Flash forward two years and the launch of the Samsung Galaxy S7 brought free virtual reality headsets to those who pre-ordered the phone and now the HTC Vive has launched, making virtual reality a purchase within reach.

But is the interest in virtual reality relegated to gen-pop techies? We wanted to know how multicultural consumers feel about virtual reality and what they find interesting about its use.

We looked at a nationally representative readable base size of Hispanics, African-Americans, Asian, and Whites in our March omnibus survey. Overall, 49% of consumers were either very interested or somewhat interested in buying a virtual reality product. That is promising for the adoption of virtual reality as a whole.

Delving deeper into interest levels among the cohorts, Hispanics and Asian are particularly interested in purchasing a virtual reality product: 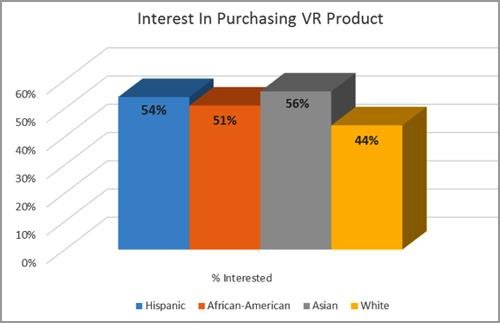 Conversely, Whites are the most likely to be not interested in purchasing a virtual reality product: 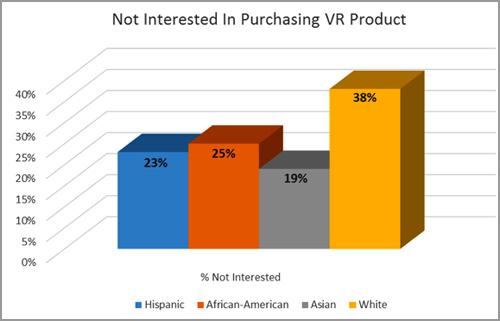 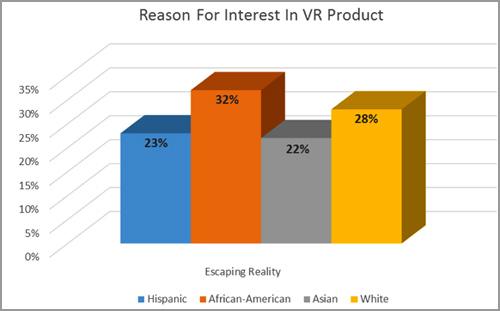 Additionally it looks like FOMO is more of a driver of interest for multicultural consumers across the board than Whites as Hispanics, African-Americans, and Asians are much more likely to report “using the latest technology” as a key driver of interest in virtual reality products: 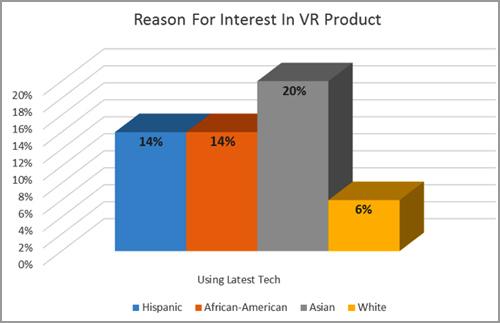