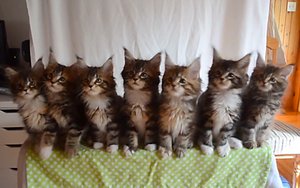 Royal Canin will donate cat food to shelters for every pledge to schedule a vet checkup.

The Mars Petcare company is supporting “National Take Your Cat to the Vet Day” Aug. 22 with the “Curiosity Saved the Cat” campaign. Pet owners are asked to visit www.royalcanin.com/Cat2VetDay. For every pledge taken through Aug. 26, Royal Canin will donate a bowl of food to the following animal shelters across the country: Second-Chance Rescue in Columbia, Mo.; All About Cats Rescue in Freeport, N.Y.; and Young County Humane Society in Graham, Texas.

There are millions of cats in the United States, and half those cats won’t see a vet this year, says Stacey Osborn, chief marketing officer and vice president of retail sales for Royal Canin USA.

“We know that cats are mysterious, independent and don’t always show us outward signs of being sick,” Osborn tells Marketing Daily. “At Royal Canin, we’ve partnered with organizations like American Association of Feline Practitioners to shed light on the importance of taking our cats to the veterinarian on a regular basis for preventive health care, along with developing a nutrition plan to help support a long, healthy life for our cats.”

To raise awareness and drive pledges, Royal Canin has created an online video/PSA via FleishmanHillard that features well-known YouTube cats lending their celebrity to the cause. The brand is promoting the video and encouraging conversation via hashtag #Cat2VetDay.

This is the first time the company has created a PSA, Osborn says.

Veterinary visits for cats have fallen by 30% since 2001, according a survey of more than 1,000 cat and dog owners commissioned by Royal Canin. In fact, only one cat is seen by a veterinarian for every five dogs, despite the fact that 10 million more cats are owned in the United States.

The survey revealed that two-thirds of cat owners simply believe cats have fewer health issues than dogs. The older a cat gets, the more likely the owner is to take her to the vet only when the cat is sick.

According to the American Association of Feline Practitioners, routine check-ups are vital for giving cats the long, happy and healthy lives they deserve. Cats age much more rapidly than humans and cats are masters of hiding sickness and pain.