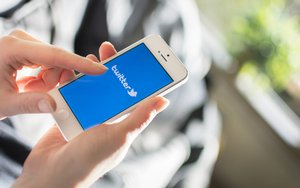 In yet another troubling sign for Twitter, the social giant’s global average CPM fell 18% to $4.29 over the past year, according to a new second-quarter ad index from Salesforce.

Worse yet, from the first quarter to the second quarter of this year, Twitter’s global CPM fell by a whopping 38%.

Facebook can also be proud of the fact that its prized Instagram unit saw its global CPM rise 42% to $6.30, year-over-year. That’s a big deal because about 80% of Instagram’s roughly 500 million users reside beyond U.S. borders.

The ad data encompasses hundreds of millions of ad impressions and engagements by Saleforce’s Marketing Cloud customers who used it Advertising Studio platform from April through June of this year.

That might explain why Twitter recently slashed its second-quarter revenue guidance to $590 million from $610 million -- nowhere near analyst expectations of $678 million.