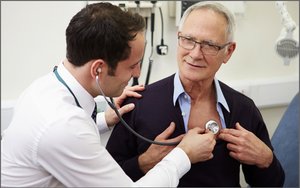 Insurance companies that depart from the Affordable Care Act (ACA) marketplace risk damaging their reputations with millions of consumers, according to research from GfK.

“I think it’s imperative for health insurance leadership to be mindful of the effect on consumers’ opinions,” Liz Reyer, vice president and health insurance lead on GfK’s Financial Services team, tells Marketing Daily. “Insurers are making huge efforts to win the hearts and minds of consumers in many ways — messaging, products, and services — and the results of these efforts could be eroded by the impact of their market decisions on the ACA.”

Among those who currently get their medical insurance through the ACA (also known as “ObamaCare”), 41% said their opinion of the firm would be damaged, while 52% said the effect would be neutral.  When asked who is to blame for these defections from the ACA market, 30% of insured adults chose “government,” 15% selected “insurance companies” — but the largest proportion (42%) said both were equally responsible.

GfK also posed several possible reasons for insurance firms dropping out of the ACA and asked respondents to pick the “most important” one. Roughly one-third (36%) of adults with insurance (and 42% of current ACA users) chose “Insurance companies are putting profits before people.” That is twice the proportion (18%) who selected “Insurance companies are losing more money than they can afford to.” Similar percentages picked “Not enough young, healthy people are signing up” (17%) and “The ACA approach to paying for care just doesn’t work” (16%).

The GfK survey was completed by 921 US consumers, ages 18 and above, who have health insurance (including 48 who currently rely on the ACA for insurance) in August 2016. An additional sample of exchange purchasers was added to provide a more robust read of this population, bringing the total to 301. Respondents are members of GfK’s KnowledgePanel.