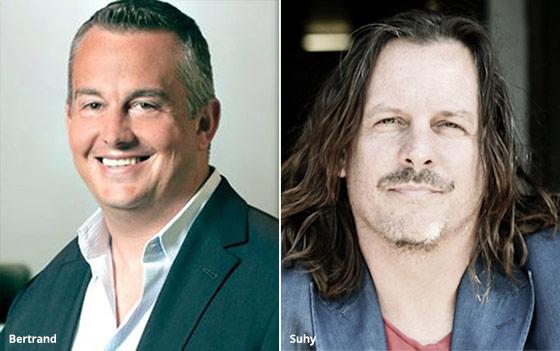 "Between Modus Operandi and Eyeball, we had offices in all four corners of the United States and a digital development office in Panama," says Eric J. Bertrand, the former CEO of Eyeball and CEO of Mod Op, post-consolidation. "Our service offerings matched perfectly, our combined client list was best of the breed, and our infrastructure was able to scale. Between the creative and branding experience of Eyeball and the digital chops of Modus Operandi, the combination had a tremendous recipe for success."

Modus Operandi president Jeff Suhy will remain president of the newly formed Mod Op, while Eyeball founders Limore Shur and David Edelstein will serve as Chief Creative Officer and managing director, respectively. The 22-year-old Eyeball and 6-year-old Modus Operandi will cease to operate under their own respective names.

"As the advertising and marketing industry continues to struggle with consumer behavior evolution, we knew combining our strengths and talents with Eyeball would elevate our firm into our own category," says Suhy.

"While the merger was an easy decision, the new combined name wasn't as simple," says Bertrand. "As you can imagine, the naming of any company including an advertising agency is not an easy task. Eyeball has been around since the early '90s, so we did struggle with losing the brand equity Eyeball had built.

"However, we felt that Mod Op, which was a shortened version of Modus Operandi, allowed us to come out of the gate with a revitalized outlook and a sense that everyone at the Company was part of this new enterprise. Having a clear, memorable and ownable URL like modop.com also was a factor in the final decision."

The two shops have previously collaborated on select projects, including the recently introduced Culture Wall for Microsoft's NYC flagship store, the branding and digital design of NBCUniversal's Seeso, Belvedere's digital strategy and design and Visit Florida’s digital strategy and execution.