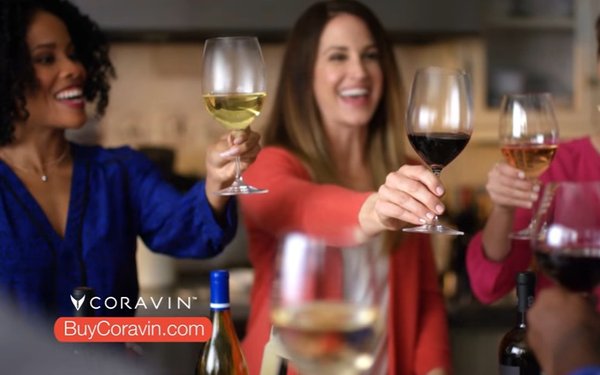 With a new focus on casual wine enthusiasts, primarily made up of women, the maker of a wine preservation opener is launching its first national TV campaign.

The :60 and 1:20 spots will air through Father’s Day on national cable and satellite broadcast networks, selected to reach a growing consumer target for Coravin. Until recently, the brand primarily focused marketing activities on passionate wine connoisseurs.

The opener is inserted via a needle through the wine bottle’s cork, allowing the wine to be accessed by pressing a trigger. When the opener is removed, the cork reseals naturally, preserving the contents for “weeks, months or even years,” the company says.

The Burlington, Mass.-based company says the campaign, developed by Mercury Media and SincBox, is a response to its extensive consumer research. It demonstrates the product (see below) in real-life settings, showing wine lovers how they can access wine without ever opening the bottle.