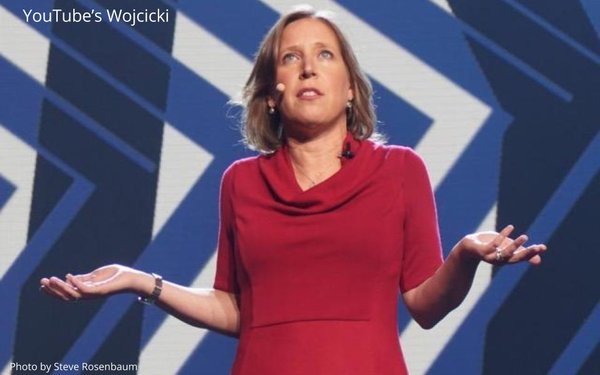 I shared with him my business plan — and he was skeptical. “Steve, how well do you understand what advertisers really want?” he asked.

“Well, I think I do,” I replied, trying to hide my inexperience.

George became serious: “Advertisers want ‘The Donna Reed Show,’ only even less controversial.”  (For readers who don’t know the show, here’s the link.)

And it is that hard-wired appetite that has YouTube facing a challenging fork in the road. On one hand, at the most recent YouTube Brandcast at the Javits Center, company CEO Susan Wojcicki made sure that the YouTube creators — known as YouTubers — were welcomed warmly, so they felt they were the stars of the party.

But at the same time, speaking to an audience of advertisers and agency buyers, Wojcicki was contrite, even apologetic. "The last couple weeks have been challenging for some of you,”  she said. I want you to know that we have taken your feedback to heart. We work hard every day to earn our advertisers' and agencies' trust. We apologize for letting some of you down. We can, and we will, do better.”

AT&T, Verizon, GlaxoSmithKline and Enterprise Rent-a-Car all said they’re pulling ads. Why?  Well it comes from the large brand advertisers finding their ads running next to what is being called “extremist” content. But that’s just where it begins.

Still, on the face of it, it seems like an easy problem to solve. Simply don’t put ads in content that features racism, sexism, and extremist content. Simple, right?

But what Wojcicki knows is that it’s hardly that simple. Because YouTube’s makers and its audience come to YouTube precisely because it is a raw, topical, and often edgy content environment.

So, at least in the immediate future, YouTube is going to err on the side of  “brand-safe” content.

The message to YouTubers, according to a YouTube community manager in a blog post: “If you’re seeing fluctuations in your revenue over the next few weeks, it may be because we’re fine-tuning our ads systems to address these concerns.”

But if you’ve watched any of YouTube’s most popular makers, you knew that “ad safe” isn’t something they’re spending much time thinking about.  Rooster Teeth. Phillip DeFranco. Markiplier. Smosh. PewDiePie. Chuggaconroy. Phil Kollar. (Don’t feel bad if you don’t know who they are; you’re probably not in the demo.)

YouTube standards state that inappropriate language, including harassment, swearing, and vulgar language are considered unsuitable to carry advertising and will be “demonetized.”

Also on the “ad-safe” list are any videos featuring sexual humor, partial nudity, violence, drug-related content and anything relating to war, political conflicts, natural disasters, and tragedies. And those are topics; they don’t need to have graphic images to be off-limits.

So we’re at a crossroads. And the outcome could be ugly. YouTubers like to build audiences on YouTube because it’s the Wild West, with the freedom to say and do whatever they want. There’s no boss to say no.

But now, the YouTube family -riendly police are on the job, and trying to use a mix of algorithmic filters and human review is certainly going to limit the freedom. Don’t get me wrong, you can still publish whatever you want - but with monetization at risk of being shut of at anytime.

"YouTube is not TV and we never will be,” said Wojcicki at Brandcast. "Our users don't come to YouTube for polish. They come for texture.”

Putting this in perspective, Recode reports, Mizuho Securities analyst Neil Doshi estimates that YouTube could be a $12 billion business this year. Doshi calculates that if advertisers cut YouTube’s revenue by 10%, earnings will shrink by less than one percent for parent company alphabet.

So, the immediate impact is going to be on the YouTubers who’ve built audiences and revenues with their quirky, authentic, and raw humor. Players playing video games laced with profanity.  PewDiePie, who published a video that was deemed anti-Semitic by almost all who saw it. Jenna Marbles tweeted that her videos were being demonetized.

But the Philip De Franco story is the one worth paying attention to. De Franco makes videos talking about current events in pop culture, that are topical and news-focused. And now his videos are being demonetized because they are not considered ad friendly.

So what will YouTube look like in five years? Or ten? One thing is for certain, Google (sorry, i meant ‘ Alphabet') is an advertising-based company. And when advertisers complain, they get listened to. And that may mean the end of significant monetization for YouTube’s most popular shows and talent. After all, the “texture” that attracts young people may not be “advertiser-safe,” as the new definitions of “safe” are enforced. A kinder, gentler PewDiePie? That seems hard to imagine.