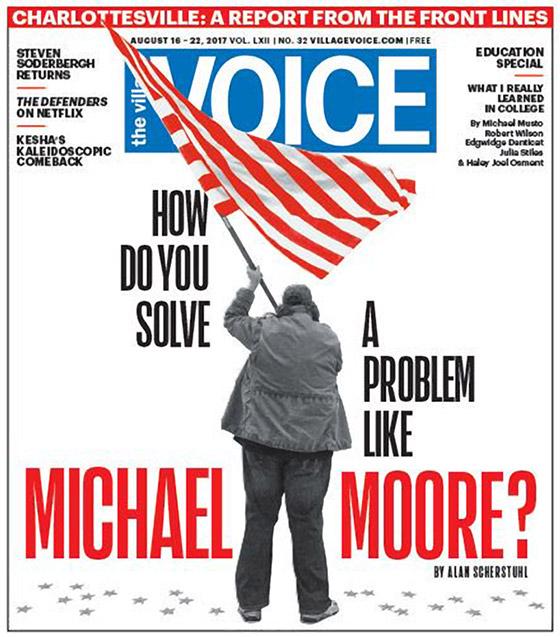 The Village Voice is ending its weekly print product, which has been distributed for free in the New York City area since 1996.

Back then, “Craigslist was in its infancy, Google and Facebook weren’t yet glimmers in the eyes of their founders, and alternative weeklies—and newspapers everywhere—were still packed with classified advertising,” Village Voice owner Peter Barbey stated.

“Clearly, a lot has changed. That business has moved online—and so has the Voice’s audience, which expects us to do what we do ... every day, across a range of media, from words and pictures to podcasts, video, and even other forms of print publishing.”

The alt-weekly paper, founded in 1955 and known for its coverage of New York City’s culture, social and political issues, as well as nightlife, will live online.

“This decision will allow us to move forward more freely in our pursuit of all of those avenues, so The Village Voice brand is not just once again viable, but vital,” Barbey stated.

The paper has recently undergone a rotation of top editors.

In December, Stephen Mooallem, former executive editor of Harper's Bazaar, was hired as its editor-in-chief, its third since Barbey bought the paper.

When Barbey acquired the Voice three years ago, he eliminated its reliance on sex and escort advertising, moved the print edition to a higher quality paper stock and increased its distribution by more than 50% to 120,000, the Voice’s total circulation before it went free in 1996.

Barbey also added several hires to the business and editorial teams and debuted a fashion issue last September for New York Fashion Week. In May, the Voice unveiled a redesigned site. According to comScore, the brand had 1,318,000 multiplatform unique U.S. visitors in July.

The Voice has since been in talks with “a number of potential partnership opportunities,” Barbey stated, which he may announce in the coming months. He also said the brand is exploring new opportunities "related to its archives, which offer a veritable chronicle of America during the post-war period.”

The Voice will continue to present the Obie Awards and Pride Awards.

The announcement of the The Village Voice’s print edition shuttering was met with cries of “an end of an era” by many on Twitter.

Barbey himself acknowledged the nostalgia (he first picked up The Village Voice when he was a student in the 1970s), but in a statement said it "runs counter to the spirit of The Village Voice, which at its best, was always looking ahead.”

“The most powerful thing about the Voice wasn’t that it was printed on newsprint or that it came out every week. It was that The Village Voice was alive, and that it changed in step with and reflected the times and the ever-evolving world around it.