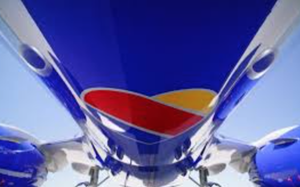 Southwest Airlines, which was previously ranked fourth, has ousted JetBlue as the number one airline brand on TotalSocial and pushed JetBlue down to fourth place, according to Engagement Labs.

Southwest Airlines increased its TotalSocial performance due to its strength in offline and online sentiment, indicating consumers are talking positively about the company, according to the research firm. For example, responding to the some of the scandals that have dampened the industry in 2017, such as United Airlines’ bad press and outrage from customers after the airline pulled a passenger off a flight, Southwest Airlines announced it will no longer overbook its flights.

While there has been negative conversation about the industry as a whole, Southwest Airlines has “flipped the script” and sticks out from its peers in a positive way with a growing TotalSocial score, says Ed Keller, CEO of Engagement Labs.

“The company does exceptionally well due to its ability to focus efforts on its two most important audiences, customers and employees,” Keller says in a release. “One notable example was when a Southwest Airlines passenger with cancer had their luggage misplaced — including the medication they needed for chemotherapy — and one of the airline’s employees drove to the passenger’s house to personally deliver the suitcase in the middle of the night. It’s clear that Southwest’s customer service goes above and beyond.”

Since the airline industry relies heavily on customer recommendations and reviews, it is imperative, now more than ever, for airline marketers to understand the health of their brands, including what consumers are saying in both online and offline conversations, according to the research.

Engagement Labs evaluated the top performing airlines in the U.S. with respect to consumer conversations, for the last six months based on word of mouth and social media conversations. The report is a follow up to the company’s first analysis of the top-ranking airlines in March 2017.

JetBlue has seen its fair share of negative attention—especially after an incident in May that booted a family off of one of its flights. According to Engagement Labs’ report, incidents such as these have contributed to an increase in negative conversations about the brand, which contributed to its decline in online and offline sentiment. As a result, the brand saw a decrease in its overall performance, bumping it down to fourth in the ranking.

It is extremely important for airline companies to understand the power of consumer conversations, Keller says.

“Before consumers make a decision on which airline to fly, many think about past experiences, whether they were positive or negative, and look for recommendations, either by researching reviews online or talking to their peers,” he says. “With a holistic view of what consumers are saying both offline and online, airline marketers have the opportunity to build relationships with their consumers and improve the brand’s performance and reputation.”

Meanwhile, the airlines which remained pinned to the bottom of the list, United and Spirit Airlines, continued to face customer outrage. Both have seen rising offline and online volume of conversations — indicating consumers are talking more about these airlines — but are declining in sentiment.