BuzzFeed's 'Launch' Will Partner With Brands To Sell Product Ads 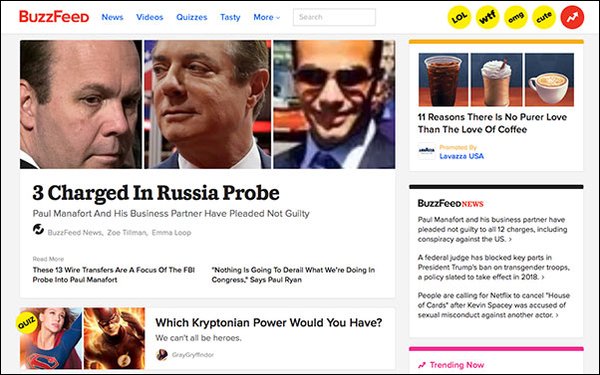 BuzzFeed has created a new program to make revenue from advertising. The millennial-focused publisher wants to create ads for startup gadgets and inventions — and take a cut of the products’ sales.

The initiative comes from BuzzFeed’s Product Labs team, which is behind the creation of BuzzFeed’s best-selling "Tasty Cookbook" and the Blueto oth-enabled induction cooktop smart appliance.

BuzzFeed’s new marketing venture, called “Launch,” will partner with one company each quarter to create and sell ads for its product.

Ben Kaufman, who runs Product Labs, told Recode the idea for Launch came “out of the fact there’s a whole new breed of companies coming out of Kickstarter that don’t have a big marketing budget. But we think they will connect with our audience.”

BuzzFeed is taking submissions for its first Launch project to begin selling ads in time for Black Friday, November 24.

“BuzzFeed will choose one brand to “launch” each quarter in exchange for a performance-based royalty (you only pay us if people buy your stuff)! We'll look for products and/or services our audience will relate to, and bring it to life in a big way across our platforms & channels,” the program's page reads.

The idea is that inventors will be drawn to BuzzFeed’s reach, which claims three out of five U.S. millennials monthly and a global audience of more than 650 million.

The site adds: “Our launch program gives new brands the chance to access the full scale of our audience without upfront costs.”

Kaufman is no stranger to inventors. He was formerly the CEO of Quirky, a company that aimed to use votes sourced from its online community to connect inventors with manufacturers to bring products to market. It managed to raise $185 million in funding before the company filed for bankruptcy in 2015.

In August, BuzzFeed announced that it would begin to run banner ads on its site after years of championing native advertising over display ads, citing improvements in programmatic and the desire to further monetize the company's large audience.