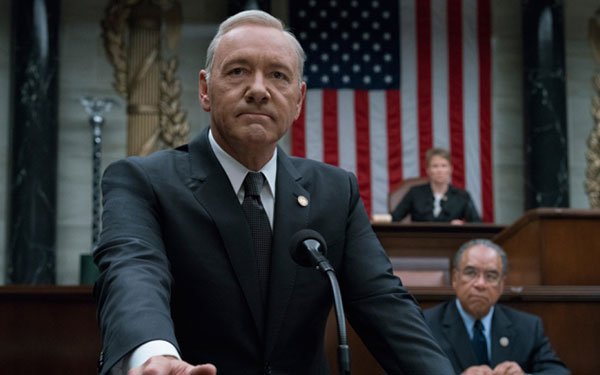 Netflix and production company Media Rights Capital said Monday that the next season of the Netflix original series “House of Cards,” the show’s sixth, would also be its last.

The news comes as the show’s lead actor, Kevin Spacey, faces a claim of sexual misconduct by actor Anthony Rapp, who says Spacey made unwanted sexual advances toward him 31 years ago, when Rapp was 14 years old.

“Media Rights Capital and Netflix are deeply troubled by last night’s news concerning Kevin Spacey,” said a statement from the two companies. “In response to last night’s revelations, executives from both of our companies arrived in Baltimore this afternoon to meet with our cast and crew to ensure that they continue to feel safe and supported. As previously scheduled, Kevin Spacey is not working on set at this time.”

The cancellation of “House of Cards” is particularly notable because it was the show that kickstarted Netflix’s original programming push, and was the first show on the streaming service to draw critical acclaim.

Since “House of Cards” debuted in 2013, Netflix has dramatically increased its spending on original programming. When the show was first ordered, Netflix’s library was comprised entirely of movies and television shows it licensed from media companies and studios. Now, as many media companies have pulled back on content buys to launch their own streaming services, Netflix is using much of its content spend on original shows and movies.

Next year, Netflix says it may spend as much as $8 billion on programming.

netflix, online video, streaming, subscriptions, tv, video
2 comments about "Netflix Says Next Season Of 'House Of Cards' Will Be Its Last".
Check to receive email when comments are posted.
Read more comments >
Next story loading