Trump Goes Bump In The Night, Rogue Twitter Employee Takes Him Down 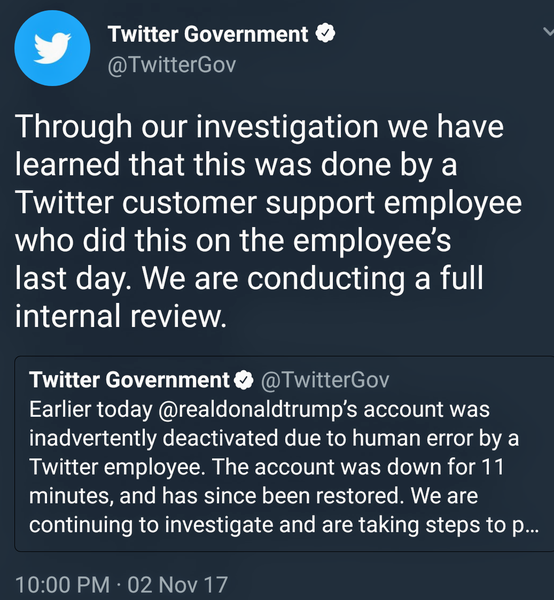 Not since the missing 18-½ Nixon tape minutes has more attention been paid to a lapse in Presidential media than when President Donald Trump’s Twitter account went down for 11 minutes last night.

The Twittersphere erupted with glee, as well as theories, about what caused the takedown -- a hack, technical difficulties, or maybe Twitter has simply decided to live up to its own policies governing abusive accounts. That was until Twitter Government weighed in with successive tweets explaining what happened.

Initially, Twitter attributed it to “human error,” and said it was investigating the matter.

But it quickly updated with a tweet confirming the lapse was done by “a Twitter customer-support employee who did this on the employee’s last day.”

That, in turn, set off countless tweets, retweets, comments and memes, including one by @winterjessica featuring a GIF of actress Elisabeth Moss’s Peggy Olson character on “Mad Men” strutting out of the office on her final day at Sterling Cooper with a smirk on her face.

@MikeLevinCA thank her or him for “Making America Great Again for 11 minutes.”

The hack didn’t end with the 11-minute takedown. Late Thursday night, after @realDonaldTrump’s account came back up, it showed only 5,395 followers, not the 41.7 million that Twitter currently shows.

Trump may or may not have had the last laugh this morning, tweeting: “I guess the word must finally be getting out-and having an impact.” 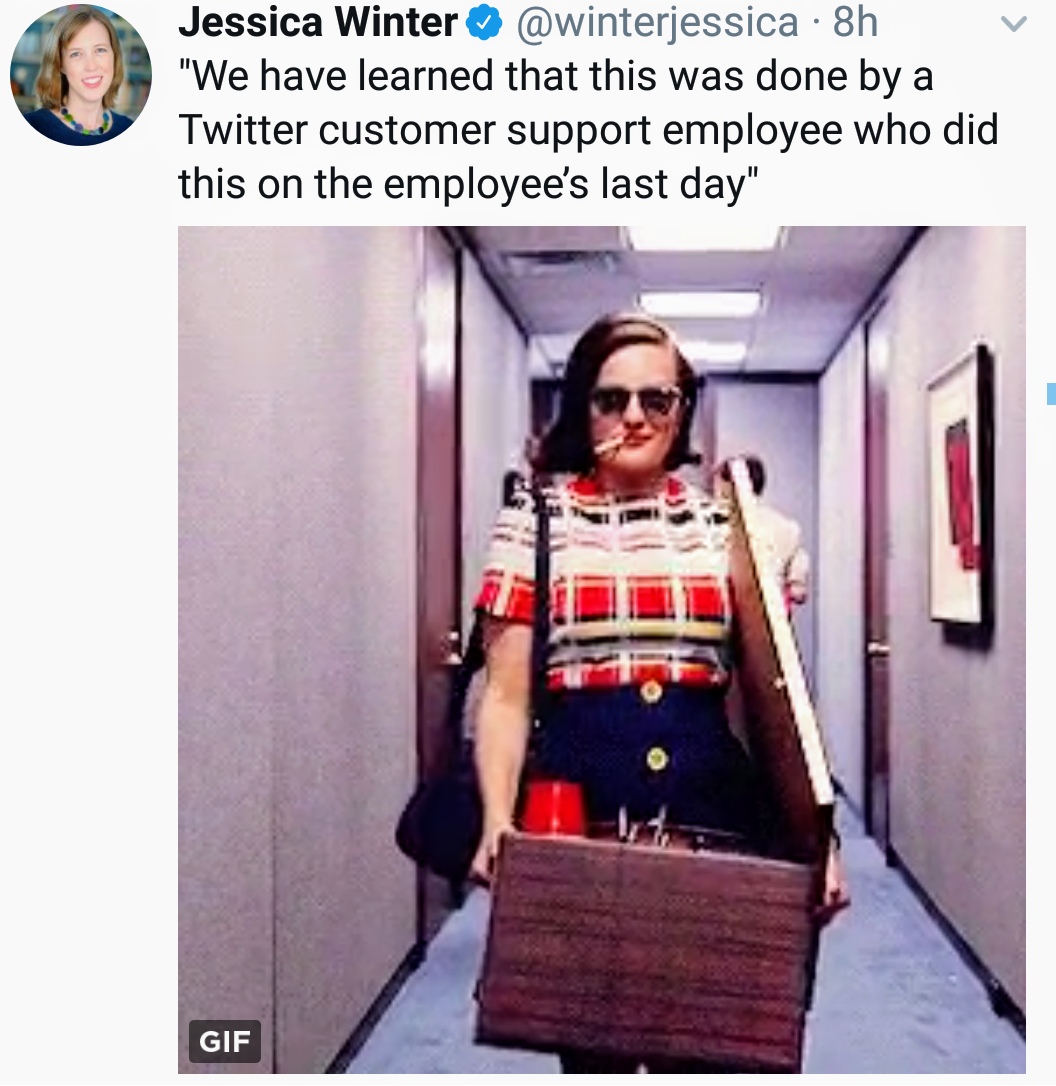