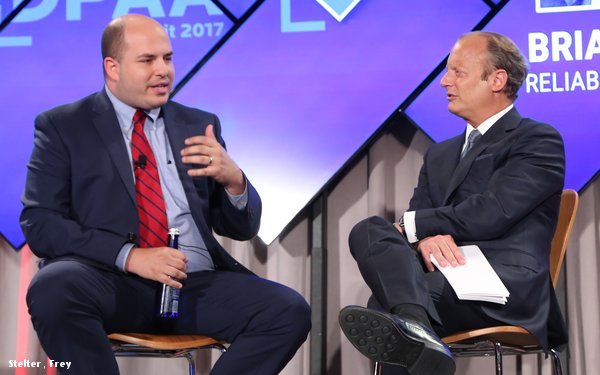 Back when I heard about the first Video Everywhere Summit from my friend Barry Frey, the executive director of the Digital-Place-Based Advertising Association,  who organized the event -- I couldn’t help but think the phrase was aspirational.  Was video -- and TV -- everywhere 10 years ago? Certainly not. What about five years ago? Hardly.

But today, TV is indeed EVERYWHERE. And this year's summit proved the point.

The event was standing-room-only, with attendees from brands, advertising, technology, the web, and Wall Street.

The onstage presentations provided a clear update of current tech and trends, along with some timely and sometimes-controversial explorations of how tech, consumers and politics are finding themselves at odds.

Kathleen Hall, the vice president of brand, advertising and research at Microsoft, opened the day with a talk that made it clear this would not be a "business-as-usual" conference.

Hall explained why the brand doesn’t respond to criticisms of its ads appearing on far-right sites like Fox News and Breitbart. She mentioned a group called Sleeping Giants -- activists that work to “stop racist and sexist media by stopping its ad dollars” by calling out brands for running ads on Breitbart.

“We will never publicly state what our media-buying strategies or decisions are, because we don’t want to give in to pressure from anywhere,” said Hall.

But before you think that Microsoft has some far-right agenda you’ve never heard of,  Hall showed a number of video ads that were passionately diverse.

She showed a Windows 10 ad with New Jersey teacher Toney Jackson, who uses rapping and tech in his classrooms.

The video went viral, and was remixed by people who replaced Jackson's voice with explicit rap songs hardly safe for middle-school students. Hall complained to YouTube that her brand was being “hijacked” and was told the videos didn’t constitute a breach of YouTube guidelines, since they’re considered parody.

Welcome to the Wild West of Video Everywhere.

From there. the day moved at a rapid-fire pace. Among the sessions:

-- Mike Linton, the CMO of  Farmers Insurance, showed its ads and talked about the company's collaborative creative process.

-- Rob Norman, the CDO of GroupM, was his colorful self, wearing red socks that were one clue he’s not a business-as-usual CDO. He told a great story about being trapped in an elevator and providing a live video commercial for Captivate, the elevator video outfit.

In the afternoon, politics and media took the main stage with presentations from Brian Stelter, host of CNN’s "Reliable Sources," and Jim Rutenberg, the New York Times media columnist.

Patrizio Spagnoletto, Hulu’s head of media and subscriber growth, talked about how to find video customers wherever they want to find Hulu.

Overall, it was clear that video is now everywhere -- from elevators to gas stations. And, of course, in your pocket on your phone.  Digital out-of-home is a powerful and growing source of impressions, as The DPAA's eighth annual Video Everywhere Summit made clear.