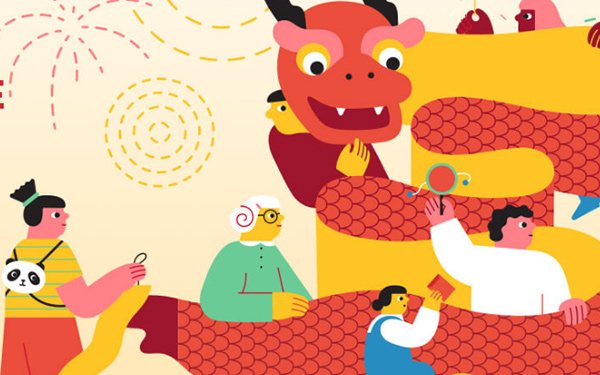 Venice-based Wolfgang has landed two new assignments--Panda Express and TrueCar--just over a year after the agency was launched by ex-David & Goliath veterans Mike Geiger, Seema Miller and Colin Jeffery.

Panda Express is appointing the Venice Beach-based shop as its new creative AOR following a four-month review. Agency Bailey Lauerman previously spent four years representing the Chinese food chain and did not participate in the process.

Wolfgang will begin working with Panda Express in March to develop creative around a new menu debut. Their first campaign will launch in the second half of 2018.

Wolfgang will also collaborate with current agencies on the Panda Express roster which include Havas Formula on PR and social media, and Pal 8 Media on media buying and planning.

In addition to the celebratory red packaging, the design references Chinese culture, such as a dragon dance, and the number eight, a good-luck symbol because it sounds similar to the Chinese word for fortune.

Meanwhile, TrueCar is partnering with Wolfgang to overhaul the auto-buying platform to help broaden its awareness and differentiate itself from rivals.

“TrueCar was really innovative when they launched in 2008,” said Seema Miller, president. “But the marketplace has become incredibly competitive lately, and they recognized the need to separate themselves. We couldn’t be more excited to help them do just that.”

Wolfgang will be tasked with expanding the platform's strategy beyond direct marketing as well as work with TrueCar's in-house team to develop a new creative direction set to debut summer 2018.

Wolfgang’s consultancy/agency model has allowed them to be extremely nimble and flexible, says Luca Donat, chief Brand officer, TrueCar, "while also shouldering the full responsibility for the 2018 campaign."

TrueCar spent $57.08 million on advertising during the first nine months of 2017 and its full-year 2016 totaled $71.91 million, according to Kantar Media.