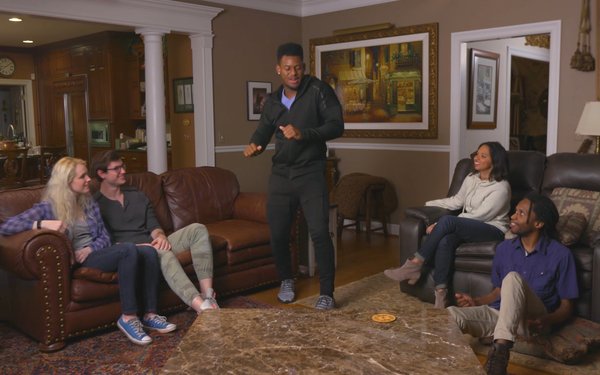 For the NFL Draft this week (April 26 - 28), the player is featured in an ad (below) demonstrating the “Doorbell Dance” he does to celebrate when Pizza Hut makes a delivery.

In the video, and as a social media correspondent for the Draft’s red carpet events and the campaign’s ambassador, Smith-Schuster will encourage fans to post their own doorbell dances on Instagram, using #PizzaHutHut and #Sweepstakes, for chances to win a trip to any regular-season NFL game.

Pizza Hut will also host an experience outside the Cowboys’ Arlington, Texas, stadium while the Draft is underway, at which fans can record their doorbell dance moves, compete in a delivery obstacle course, and sample pizza in a lounge.

On social media, it will be giving away pizzas on a random basis, and promoting a special deal good during the Draft (two medium pizzas, an order of wings and breadsticks starting at $19.99).

In addition, Pizza Hut will designate the 78th pick in the Draft as the “Pi Pick” (round 3, pick 14…or 3.14). That draftee will receive an unlimited supply of pizza for a year, an invitation to a gigantic pizza party in the hometown of the team that selects him, and other perks.