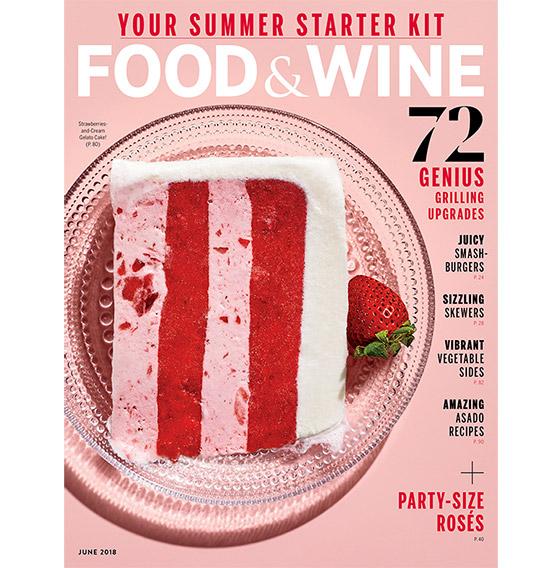 The June issue of Food & Wine will unveil a redesign of the print magazine.

“We’re excited to give coverage of food, recipes and drink even more real estate in every issue,” stated editor-in-chief Hunter Lewis, who joined Food & Wine last June, when the former Time Inc. magazine moved its operations to Alabama from New York.

“With any creative endeavor, the look will continue to evolve, as will our coverage of the chefs, winemakers and tastemakers who are shaping our dynamic food and drink culture,” Lewis added.

As part of the redesign, Food & Wine’s recipe section “Handbook” has moved to the front of the magazine and expanded to 12 pages.

In a statement from parent publisher Meredith Corp., the move is a recognition of magazine readers wanting “more hard-working techniques and recipes.”

“Bottle Service,” a section that focuses on wine, cocktails and beer curated by executive wine editor Ray Isle, was also expanded “to celebrate modern drink culture.” In addition, "Bottle Service" is getting its own video vertical on FoodandWine.com.

A new section called “At Home” debuted in the redesigned magazine, covering décor and kitchen design. A column called “Cooks on Books” is part of that section and features food personalities testing new cookbooks by other famous chefs.

The Food & Wine covers will be “bolder, more graphic, more timely and geared toward bigger reveals on social media, especially Instagram,” according to Meredith Corp. Each issue will focus on “big brand moments” or franchises, like July's Best New Chefs issue.

The June issue is on newsstands now. Food & Wine’s social and digital channels will align with the print redesign, as well.