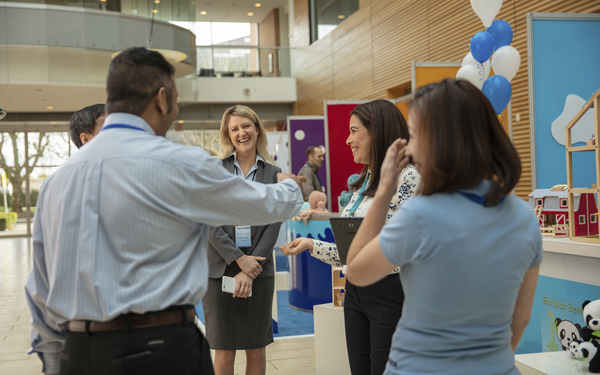 Wyndham Hotels & Resorts is launching a multimillion-dollar campaign that connects its portfolio of brands under one unified title.

The campaign, created by DDB and produced by Stink Films, emphasizes the breadth of the company's locations around the world, noting that wherever you are, you're likely only 10 minutes away from a Wyndham hotel.

The campaign shows how, with 9,200 hotels globally, the diverse portfolio offers something for every type of traveler — for those visiting a child at college, to traveling for business or taking the family on memory-making vacations.

Debuting ahead of the summer travel season and running through September, the campaign will have a presence across national television, online streaming, mobile, radio, social media and digital. Top programming includes live sports, morning news and prime-time viewing on networks like Travel Channel, HGTV, Comedy Central, Food Network and ESPN.

This is the company’s first such campaign since it became a pure-play hotel franchising and hotel management company in June 2018. Wyndham Worldwide spun off the company’s hotel business, resulting in two separate, publicly traded companies, Wyndham Hotels & Resorts and Wyndham Destinations.

Wyndham began uniting its 20 hotel brands more seamlessly one year ago when it announced plans to designate its signature economy and midscale names, like Travelodge, Baymont, Trademark Collection, and Ramada, with the “by Wyndham” hallmark.

Wyndham’s research has shown that nearly 45% of consumers “feel better” about a hallmarked or endorsed brand, and almost one-third expect a better quality experience.