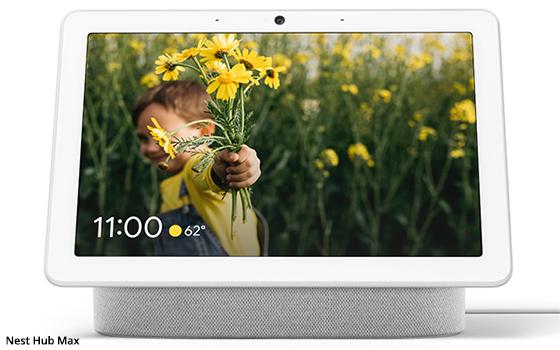 Google is about to make smart homes a bit smarter.

Some time ago, Google made its Home devices more continuous in operation. This means that asking Google Assistant questions is more integrated.

For example, a person could say “Hey, Google, what’s the weather?” After the response, the consumer could continue the interaction by saying “what about tomorrow” or “how about in Chicago?” and the Assistant continues without having to start a new conversation each time. Amazon Alexa still requires each question to be separate.

Its latest smart home device, the Nest Hub Max, has a 10-inch screen and smart camera along with full stereo and rear-facing woofer.

The device allows the use of Quick Gestures, so rather than shouting to turn down music or pause a game, a consumer can simply look at the device and raise a hand, which will pause the media, using the camera’s on-device gesture recognition technology.

The device comes with Voice Match, so the Google Assistant can recognize a voice and respond specifically to a person.

It gets even more interesting.

A feature called Face Match lets individuals create an encrypted face model, so when that person walks in front of the camera, Nest Hub Max recognizes them and shows just their information, not someone else’s.

A light on the front of the device indicates when the camera is steaming and various functions, such as recording, can be turned off or not enabled, according to Rishi Chandra, vice president of product and general manager, Google Home and Nest.

The $230 Nest Hub Max, which will be out later this summer, is being rebranded from the previous Google Home Hub and coming from Google’s newly formed Nest team.

Smart speakers are evolving from listening to people speaking to them and asking questions to seeing what people want and reacting to their actions, not just their voice.