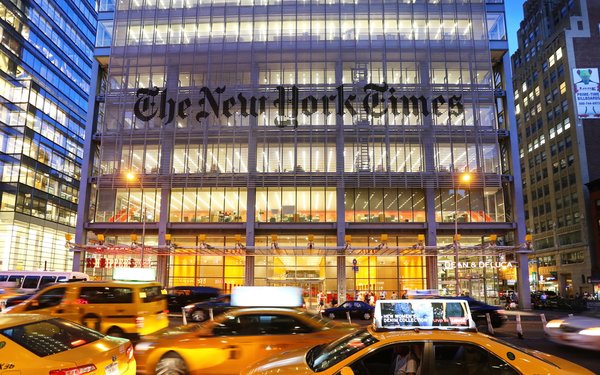 The New York Times Company is urging a judge to order the Federal Communications Commission to disclose information about net neutrality commenters, despite the agency's objections that doing so could compromise people's privacy.

The Times, which is investigating potential Russian meddling in the 2017 net neutrality proceeding, recently sued the Federal Communications Commission in an effort to uncover information about people who filed comments with the agency.

The newspaper is seeking a host of data -- including users' IP addresses and time stamps -- for all public comments regarding net neutrality submitted between April 26, 2017 and June 7, 2017.

The Times argues that it's entitled to the information under the Freedom of Information Act.

“Because the server log will disclose, for instance, to what degree a small number of IP addresses were used to post comments, its release will help explain how the net neutrality rulemaking was hijacked by Russians and others to create the lie that millions of citizens were demanding that the FCC’s net neutrality rules be repealed,” the Times writes.

The FCC has argued it can't divulge data about commenters' IP addresses without compromising people's privacy.

“If the FCC is compelled to disclose an individual’s IP address, operating system and version, browser platform and version, and language settings, and that information is linked to the individual’s publicly-available name and postal address, that disclosure would result in clearly unwarranted invasions of personal privacy,” the agency wrote in papers filed earlier this month.

The court battle stems from the 2017 net neutrality proceeding, which resulted in the repeal of the Obama-era net neutrality rules. Those rules prohibited broadband providers from blocking or throttling traffic and from charging higher fees for fast-lane service.

FCC Chairman Ajit Pai's revocation proposal, issued in April of 2017, drew a record-breaking 22 million comments. But many were submitted under fake names, or by Russian bots. The precise number of fake comments is unclear, but around 450,000 came from Russian email addresses.

The Times is asking Schofield to discount the FCC's objections, arguing that the agency hasn't shown how disclosing IP addresses will pose a threat to commenters.

“While it is possible that release of the IP addresses could theoretically cause digital advertisers to alter the mix of ads that some individual users might see online, this consequence pales in comparison to the types of harms -- such as embarrassment, harassment, and physical safety -- that typically warrant withholding of information,” the Times argues.